#5. A Conversation with Nick Cross 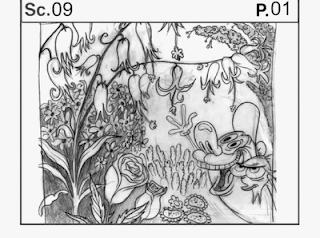 JA: Let's go back to 1996, tell me about your first job working in animation with the Ottawa studio Dynomight Cartoons; how did that job come about, and what kind of work were you doing there?

NC: My college friend Troy Little had moved to Ottawa with his future wife, Carol, because she was going to attend a university here. I was living in Mississauga at the time, which is basically a suburb of Toronto. He managed to find work at Dynomight because they were looking for artists with an illustration background for a project they were about to start. They asked him if he knew any other people looking for work, and he called me up. 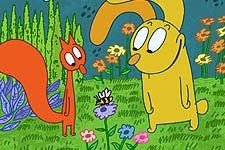 I was working a dead-end job at the time and was pretty bummed out about my life, so when he called and asked if I wanted to work at an animation studio, I didn't even have to think twice. I moved to Ottawa a couple of weeks later and I've been here ever since. I often think about how lucky I was that Dynomight took such a chance hiring me, I doubt I ever would have been hired at an animation studio if it wasn't for that. Who knows what I would be doing now; I owe them a lot!

JA: What eventually led to your arrival at Spumco? 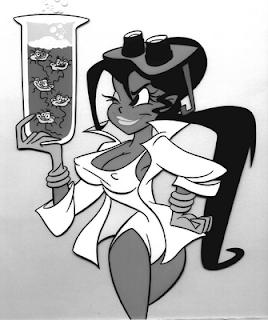 NC: In 2001, John Kricfalusi was doing a series called The Ripping Friends that was being produced at a couple of studios in Canada. About halfway through the production, John came to Ottawa to oversee that project because the studio was having a really hard time giving him what he wanted. Kristy Gordon and I showed him our portfolios and got hired on. I was doing inking of the character models, which I found really challenging. I learned a lot doing that! Shortly after Ripping Friends ended, John made a deal to make a bunch of new Ren & Stimpy episodes; so he opened a studio in Ottawa and offered me a job. Somehow I convinced him to let me do storyboards for it, and before I knew it, I was promoted to an Art Director position. In my case, this meant that I did a whole bunch of different jobs: storyboards, layouts, background designs, and paintings...I was pretty busy!

JA: You've said that you were inspired by cartoons from the thirties, notably the Fleischers and Ub Iwerks; with all of the tired animation going on in the industry at that time, how did it feel to be working in such a creative and challenging atmosphere under the direction of someone like John K.? 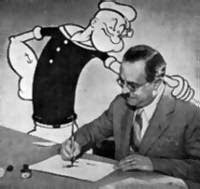 NC: Despite the fact that animation is one of the most creative art forms in the world, the industry is pretty limiting. It is overwhelmingly restrictive, so it was great to work for someone like John. Despite the fact that he is extremely demanding of his artists, he is also very open to them experimenting and bringing something of their own to the project. That's the thing that I really like about cartoons from the thirties; you can really see that the artists at the time were constantly experimenting and inventing new ideas. Even when the results are not the greatest, they are still interesting to watch.

JA: Let's focus on Ren & Stimpy: Adult Party Cartoon for a moment; particularly on an episode that was never produced, Life Sucks. Was it your idea to draw The Children's Crusade in the style of Mary Blair's Golden Books? 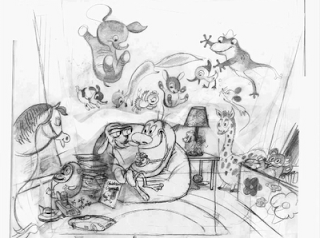 NC: No. I wish I could take credit for that, but it was John's idea. I think he just said it in an offhanded kind of way while he was going over the story with me. I loved the idea, so I immersed myself with Mary Blair drawings and really worked hard to get a handle on her style.

JA: John said that many of the people who worked on that episode figured it would be the best Ren & Stimpy story ever written; why, in that case, was it never produced? 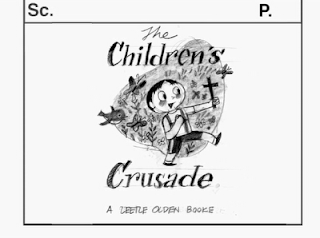 NC: It had the potential to be really amazing because of it's scope, which was also it's downfall. It just took too long to get finished, and we didn't have the time or money. It got pushed to the sidelines so that we could concentrate on getting other shows done, and the budget and schedule ran out before we got a chance to complete it. It's a shame, because that was my favorite episode too.

JA: You also worked with John K. on Classico, the Tenacious D video, and were in charge of background design and color styling; what was that experience like, and were there any challenges retaining all of the crude gags that were created? 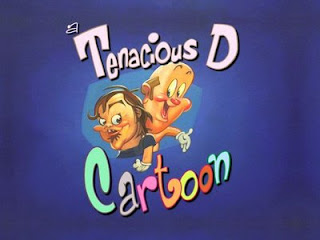 NC: Well, I just did backgrounds on that, so the gags weren't really my department. It wasn't much different than normally doing BGs for John, which is an experience that can be a real struggle sometimes. But I didn't struggle alone, there were a few other artists who also did paintings for that video: Marlo Meekins, Rex Hackelberg, and Jay Li. Each of them brought some unique stuff to the final look of the cartoon. 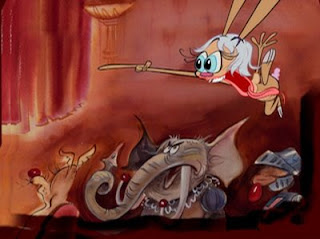 JA: Let's talk about The Waif of Persephone, a project you worked on for five years; what was the initial response to your film at it's multiple screenings, and what are your thoughts on the finished project in comparison to your original vision?

NC: Overall, I'm happy with the way the film turned out. It's hard to gauge the reaction it has gotten from festivals, because I'm not really able to go to all of them. I do know that I got a really good reaction from it's screening at the Ottawa Animation Festival, since I was there. It also won an award for "Best Canadian Animation" at the Okanagan Film Festival, so that was pretty cool too. 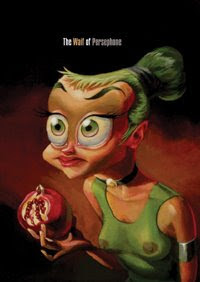 JA: Tell me about your next film, Yellow Cake, and what progress you have left to make before it is complete.

NC: The film is my take on the current wave of reactionary politics at work in the world now. Only in the modern world could folks turn a simple and happy thing like cake into an ominous reason to kill thousands of people, so I'm doing a happy animated cartoon about it. Right now I'm just wrapping up animation, which just leaves the background painting, and then I'm done. Hopefully, it will all be finished by early 2009.

JA: What changes would you like to see made in the animation world right now, and what progress is being made that you feel reflects what you would like to see happen? 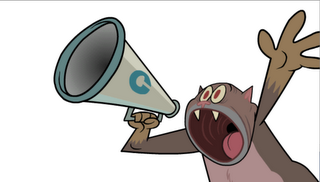 NC: I've been lucky to have worked for a lot of great directors over the past few years: Riccardo Durante, Mark Ackland, Sean Scott, and John Kricfalusi. I believe that when a director is really diligent they can fight the system just enough to make whatever it is they are doing turn out pretty good. I guess the main change that I would want to see is more trust being placed into the creative side of the production, and more room being given for experimentation.

JA: If you had to promote your style with one word, what would it be?

NC: I don't know, I don't really believe in style. So maybe it would be "astylistic"?
Newer Post Older Post Home