#15. A Conversation with Brigette Barrager 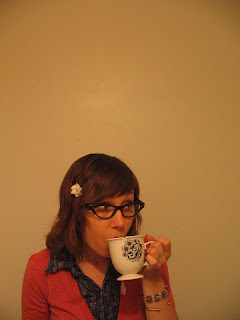 JA: At 24 you have already graduated from CalArts with a BFA in Character Animation, worked for both Disney and Pixar, and have been compared to both Mary Blair and Friz Freleng; what was it that originally inspired you to start drawing?

BB: Well, there's nothing unique about having the impulse to draw, because all children draw and like drawing. I think what sets artists apart is that they continuously indulge the impulse, far past where they should have already "outgrown" it. In my case I don't think there was ever a start, there was just the fact that nobody ever advised me to stop. This is the part where I have to give credit to my parents, because they never even so much as suggested that I couldn't grow up and be an artist if I wanted to. They let me draw on the walls and hoard art supplies and bought me sketchbooks and helped me dye my hair blue. I just kept drawing and drawing, drawing in the margins of my homework papers in school and dragging a sketchbook with me everywhere. The idea of having an actual career in art started manifesting during high school when everyone around me was deciding which UC-something-something to go to and what Honors classes they would have to take in order to pursue their careers in Infinitely Boring. My parents didn't argue with my ideas about art school either, they expected it. I think when I graduated from CalArts it was like I was fulfilling my destiny in their eyes, like "Yeah, the kid did good! We did a good job!" I have my degree hanging on my studio wall. It DOES make me feel accomplished, and it looks really official! 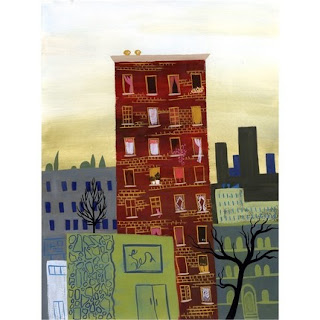 As far as being compared to Mary Blair is concerned, I don't know about that. Mary could paint better than me even if she was holding the brush between her toes. Honestly, I'm a little tired of hearing that comparison. People throw the name "Mary Blair" around like it has some finite parameters, as if the name defines only one particular personal style, but if you actually take a close look at her body of work there is a LOT of variety. It is far from "flat" and "graphic" is way too general a word to describe anything well. Sorry if that's a little rant-ish, but I can't help it!

JA: Tell me about your time spent at CalArts; what challenges did you face in the Character Animation program, what was your final project, and how has school helped prepare you for the art world? 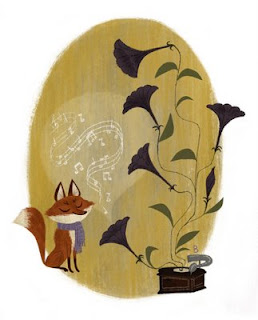 BB: The biggest challenge at CalArts, for any student there, is just choosing how to use your time. Just like any college, nobody is going to hold your hand or harp on you if you don't go to class and do your homework. It's just that at CalArts your homework is an animation test or drawing assignment or a paper about the social implications of rap music and skateboarding for 20th century mnemonics. The biggest, number one big deal in the Character Animation department is getting your student film done. From the first day class is in session instructors are already talking about it, giving you the due dates and the time limits. Then there is the problem of not just completing a film, but actually making it good, which is harder than it sounds. You have to become really conscious of how you're using your time in order to get everything done. What that means really is that you live in your work space for several months and don't really do anything else but try to finish the film, while still taking classes and trying to pass them. There were lots and lots and lots of nights where I only got 4 or 6 hours of sleep just so that I could keep up, and forget about taking the weekend off. It's like a self-induced cartoon boot camp! But of course, it's totally fun and you're surrounded by people experiencing the same things. It's great. 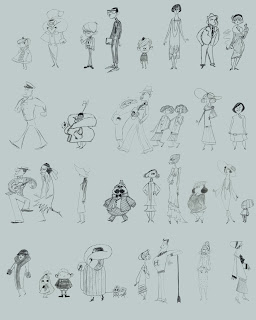 My fourth year cartoon was called Captain Scratchy Beard. It's about the captain of a cruise ship and his daughter, and it's set in the 1920's. Their ship is attacked by a sea monster, and although she tries to warn him that they are in danger he is blissfully preoccupied until things really start to go awry. All my films were really personal, and this one was no exception. During the summer after my first year at CalArts my dad was diagnosed with cancer, luckily, a really treatable form, and I'd spent a lot of nights wondering what I would do without him if worse came to worst. This film was my own little manifestation of relationships, stress, tragedy, recovery, cartoons, 1920's costume, cats and barf sound effects. I think I'm making it sound more epic than it really is. I've been thinking about putting it up on YouTube, hopefully that will happen soon!

I think the best things I got from school are fairly intangible. The relationships I cultivated while I was there are totally, utterly, completely priceless. My school friends are my best friends because we experienced so much together. CalArts does something that I think gives its students a little edge, too: it encourages you to really think about what you're doing, to put a little intellectual spin on what you may have thought of before as only funny drawings. Being able to really understand what you are doing from the ground up is an indispensable skill.

JA: What were you involved in during your time spent interning at Pixar? 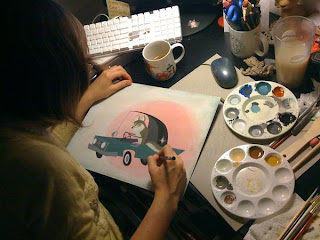 BB: Pixar dreamed us up a fake project to work on, so that we could take the work we did with us and use it in our portfolios, which was very nice of them. The project was Hansel and Gretel, so we tried everything that the art department would usually do: character designs, environments, color keys, prop designs, beat boards, a little bit of everything. We had mentors to help us out, mine was Robert Kondo, and we got to sneak peeks at upcoming productions. I spent a lot of time hanging around in the story intern room and sneaking into the sculpture room to bug Greg Dykstra. Harley Jessup took care of us art interns, too, and he always came by to give critiques and advice. There was free cereal!
JA: You also had an apprenticeship in Visual Development with Disney; tell me about your job and your experiences working for the company.
BB: At first my job I was doing backgrounds for a short (that has since been shelved), so I had to learn how to paint in the style of Melody Time era Claude Coats, pretty much. I got to take a shot at designing some characters for Prep and Landing and Rapunzel, too. I have to tell you the honest to goodness truth, which is that I wasn't at all happy there. There was a strange aura of stale fear that just hung around in the hallways. It seemed to me that for most, not all, people the number one priority was just to keep their jobs, which is not exactly an attitude that fosters creativity. My brain kept telling me that it was a fantastic opportunity and that I needed to suck it up and do my best, but my gut kept telling me to quit punching myself in the soul and leave. That said, I don't regret being there at all, and I know a lot of people who are really, truly happy there. It just isn't where I belong.
JA: Tell me about your involvement with Swarovski. 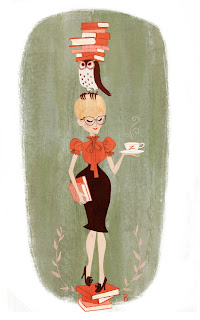 BB: We got involved with Swarovski during our fourth year at CalArts. "We" is me and my long time partner in crime and the future Mr. Brigette, Sean Jimenez. Swarovski was fixing to make some animated commercials to help sell its new line of crystal tchotckes (you know, like little animals and stuff), so some reps came to CalArts and they struck up a deal: have your students do some unique, fresh work for us and we'll offer them an opportunity to hang out in Austria and make us a cartoon. Sean and I didn't get the offer to come out and make the film, but Swarovski did like our work a whole lot and they invited us out to Austria last December to do some design and story work. We were out there for two weeks, and it was completely amazing! We didn't have a whole lot of free time, but what we did see was awesome: castles, snow on the alps, medieval buildings...we actually ate in a restaurant that was 600 years old.
Sean went back to Austria last April to art direct the next series of ads, along with our friend Courtland Lomax, and he was gone for a whole three months. I came out during the last two weeks of June to work on the model sheets. I definitely like Austria better in the summer, even though there are terrifying thunder and lightening storms all the time. Right now I'm working on the background paintings for the new ads. I can't show any of it yet, I signed a paper of secrecy, but the films will be online before the holiday season. You'll see 'em!

JA: Do you have an all-time favorite cartoon?

BB: Ugh, what a hard question. I seriously thought about this for hours. I don't know if I can just have one! Dexter's Lab is the first thing that comes to mind, so I guess that's my all-time #1, but it's followed shortly by any Donald Duck cartoon, chased after that by Powerpuff Girls, and then my mind skips over to all the excellent independently animated shorts I've seen, like Fran Krause's Mr. Smile and Jesse Schmal's Sub, and then I remember all the hours of my life I've spent watching Looney Tunes, and how great Samurai Jack is, and how I am glued to Futurama every time it's on. I guess when it comes down to it I never outgrew watching cartoons, period. I'd still rather watch Spongebob than a sitcom.

JA: Name one artist that everyone reading this interview should check out today.

BB: Evaline Ness. Look it up!

JA: You have mentioned that you get very little sleep working at night to pay for the personal work you do during the day; what work do you do now, and what is your most recent personal project? 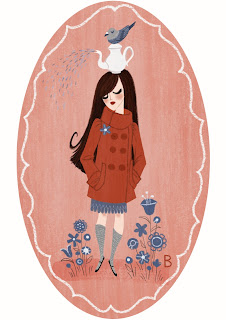 BB: Sometimes there's just not enough hours in the day, and you've got to push through into the wee hours of the night to get something accomplished. Right now I'm working on a series of illustrations to make into prints for the Alternative Press Expo, as well as finishing up BG's for Swarovski. I've got a lot of ideas and not enough time to make them happen! My newer work is more on the fluffy side, more decorative and whimsical, which is a place I haven't allowed myself to go in a long time. I would really, really like to do a graphic novel in the future, and a children's book or two. At the moment I have a big stack of frames on my desk that are waiting to be painted and filled with art, so I guess that's really my most current project.

JA: What one word would you use to describe your style?