#18. A Conversation with Jerry Beck 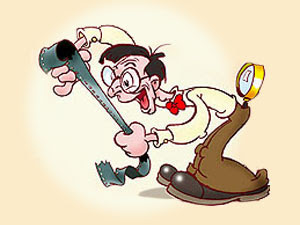 JA: So let's start with your time spent at The School of Visual Arts in New York City; tell me about your time and experiences with the school, and what eventually led you to being connected to Leonard Maltin as a research associate for his book, Of Mice and Magic: A History of American Animated Cartoons?

JB: I only attended SVA for a year, took cartooning classing with Sam Gross and animation courses with Marty Abrams and Gil Miret. Met Tom Sito there. At the same time I also took a night course in animation history taught by Leonard Maltin at the New School for Social Research. Although I loved to draw, I soon discovered that I was more interested in the history of animation than actually doing it. And besides, in the mid-1970s there was very little work for even the most talented artists.

When I first took Leonard’s class, it was a “for credit” course and cost over $100 to enroll. There were only ten students in the class. Leonard and I became fast friends – and the following semester he changed the format of the class to allow anyone, via a cheap $5 single admission price to attend each lecture/screening. I became his assistant and the class ticket taker. I also instigated the idea that Leonard do a book on animation history – a companion to his books The Disney Films and The Great Movie Shorts. 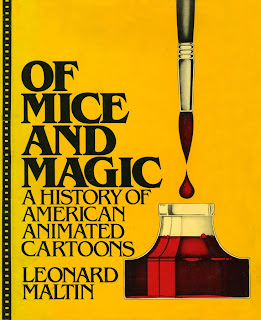 JA: Being involved in the research for a book exploring the history of virtually every Hollywood cartoon studio, what memories stand out most for you during this time, and how did being involved change the course of your career?

JB: The biggest memory was spending every afternoon for over a year at the Lincoln Center Performing Arts Library, digging through trade journals to compile the basic filmography used in Of Mice and Magic. Will Friedwald was assisting me then. I had met Will at a Disney history class (taught by Gene London) at the New School. I think I was 21 and he was 14 or 15 years old when we started compiling information. Working with Leonard Maltin then was a great experience for me. He was my mentor and I was certainly interested in following in his footsteps. 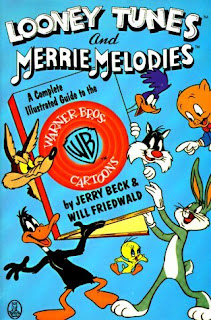 JA: In 1989 you released Looney Tunes and Merrie Melodies: A Complete Illustrated Guide to the Warner Bros. Cartoons; You have stated that Warner Bros. only wanted a reference guide with nothing negative being mentioned. How did Clampett, Jones, and Freleng go to bat for you for that project?

JB: In 1980, after Of Mice and Magic had been published, Will Friedwald and I decided we wanted to the filmographies in that book to have plot synopsis. We quickly put the Warner Bros. filmography together and sent it to a super small academic publisher (Scarecrow Press) and they sent us a contract. That first book, The Warner Brothers Cartoons, came out in 1981 and is still available! It has no illustrations and loads of errors. And lots of opinions, both positive and negative. Bob Clampett, Chuck Jones and the other Looney Tunes directors had gotten copies of it and loved what we had done. I wanted the book to have illustrations and be a bit more professional, so I spent a few years trying to get Warners to allow us to redo it. Jones and Clampett put in a few good words for us with the current regime at Warner Bros. Animation. That opportunity came in 1988 – and the revised edition, Looney Tunes and Merrie Melodies came out in 1989. 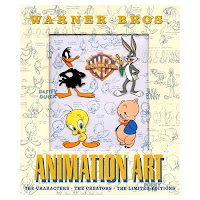 JA: You have taught courses in animation at UCLA, AFI, and SVA; tell me about your experiences as a teacher, and have any students in particular stood out to you as someone we should keep our eye on in the industry?

JB: A couple of people who took my courses are working in the business, so I must have done something right. I enjoyed teaching, but I hated the “work” part of it – grading papers and such. I love talking about animation and showing films. My favorite course was one I did at UCLA where each week I invited a friend to come down and show off whatever project they were working on at the moment. It was 1992 and I had Eric Goldberg presenting the Genie from Aladdin, Bruce Timm showing Batman the Animated Series, Bob Jaques with rare Ren & Stimpy footage, and on and on… all before anyone had ever seen this stuff publicly.

JA: Let's talk about your time as Vice President of Animation at Nickelodeon Movies; what were your thoughts on the films being turned out, did you have any involvement with Vanessa Coffey, and what relationships had you formed with the creators of the Nicktoons series?

JB: I didn’t really have any business relationship with Vanessa Coffey. I was hired to be VP of Animation for Nickelodeon Movies, which was a different division from the TV group. I was there before they produced any theatrical films (I started in 1994) and my biggest accomplishments were initiating The Rugtrats Movie, developing The Stinky Cheese Man with Lane Smith (never produced), and trying to revive Mighty Mouse, Heckle and Jeckle and Tom Terrific. I also pointed the company in the direction of Jeff Smith’s Bone. When Gerry Laybourne (who had hired me, and was the visionary behind Nick’s golden age) left the company, the direction of the animated features went from being innovative to simply making films based on the television series. That wasn’t what I wanted to do. So I left when my contract was up.

I became friends with most of the creators of Nicktoons series – several of them are still personal friends. The ones I didn’t know then, I got to meet, or interview, when I did the big coffee table Nicktoons book (which came out in 2007). 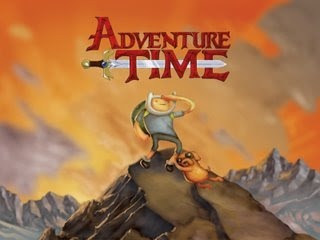 JB: For some reason, television animation seemed to stop being interesting within the last five or six years. The last good new innovative shows were Spongebob Squarepants, Teacher’s Pet, and Invader Zim. Everything since then seems the same, been there, done that. I have high hopes for Pen Ward’s Adventure Time (for Cartoon Network). Pixar is leading the way in feature animation, though I was encouraged by Dreamwork’s Kung Fu Panda and the films from Sony Imageworks. I think Nina Paley’s independent feature, Sita Sings The Blues, is a great accomplishment (and incredibly entertaining). I have not seen anything produced for the internet that breaks new ground. Though I love Xeth Feinberg’s stuff. I crave new and different things. 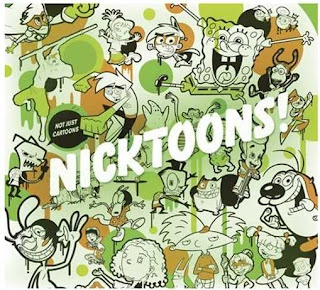 JA: Your book Nicktoons is as much fun to look at as it is to read, complete with the book jacket being filled with green slime; how long had the idea to produce a reference for Nicktoons been floating around in your mind, and have you thought about writing any books focusing on specific companies such as Spumco or Klasky Csupo?

JB: The idea for the Nicktoons book actually originated at Nickelodeon and I was asked to be involved. It was a great honor. I recorded much longer interviews with all the principal creators. An interesting factoid was that almost all of them were destitute when they got the call that their show was picked up for series. I guess that’s a prerequisite for getting a show on the air.

JA: Tell me about your cartoon Hornswiggle that is set to air on the Nicktoons Network this December, and also about Frederator Studios. 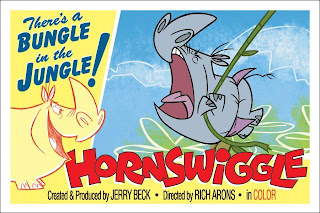 JB: When I was at Nick in the 1990s I tried to get the studio to revive the Terrytoon characters like Mighty Mouse and Tom Terrific. (Viacom owns these characters). When I left the studio, I maintained a relationship with MTV Animation’s Abby Terkuhle and we spent two years developing Heckle & Jeckle. After that I tried again with Fred Seibert. After doing a new Tom Terrific pitch, I switched gears and tried to pitch Silly Sidney, about a neurotic elephant with a 50s modern style. He was created by Gene Deitch. After a year of meetings, in which each month I’d come back and tweak the concept per Fred’s instructions; after I had pitch boards, an approved director and an approved writer aboard (I had written the original script), Fred said “Yes” with one change. For a variety of reasons, it was suggested I change Sidney to another animal! Long story short, I changed the elephant to a rhino and his name to Hornswiggle. Everything else about the project stayed the same. Once we got the green light, the whole process was very smooth and one of the greatest experiences I ever had.

JA: How did you become involved with Frank Conniff for "Cartoon Dump"?

JB: I am a huge fan of Mystery Science Theatre 3000. When I was a VP at Nick I used my executive superpowers to meet people I wanted to meet – Like Stan Lee and They Might Be Giants, etc. I met separately with Joel Hogson and Frank Conniff after they left MST3K to see if they had any ideas that could be good Nickelodeon animated movies. 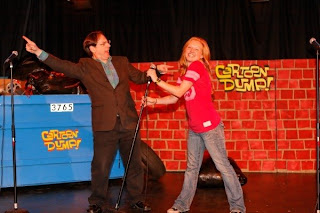 I ended up becoming very good friends with both – I even introduced Joel to his future (and current) wife! Frank loved my Worst Cartoons Ever screenings at the San Diego Comic Con. Two years ago, after I finished Hornswiggle, Frank and I decided to meet regularly (usually brunch at Jerry’s Deli in Hollywood) with the purpose of re-developing Hornswiggle. Those brunches instead hatched the idea of Cartoon Dump – a demented kiddie show that might have showed the really bad cartoons I was celebrating at Comic Con. We pulled together the first podcasts and we did a live show, open to the public. That first show was such a huge success, we were asked to perform it every month at the Steve Allen Theatre in Hollywood. We are still doing it an year and a half later! We’d love to sell the show to Comedy Central or Adult Swim one of these days. We’ve been too busy to pitch it to anyone. But one of these days. 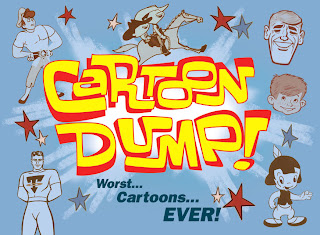 JA: There is an endless amount of information about your past projects online, so let's look at the future; What ideas at this moment are floating around in the back of your mind as ideal dream projects for Jerry Beck?

JB: My wish list? I want to do a Worst Cartoons Ever book. I have several new ideas for books about Looney Tunes. I’d love to get involved with Cartoon Network or Warner Bros. Animation. And I’d love to produce another cartoon – or Hornswiggle. I keep hoping that Cartoon Brew will grow into something big. I hope to get other classic cartoons on DVD. I’d love to run a retro-cartoon channel, a TCM of animation.

JA: What are some examples of cartoons you would include in your book?

JB: The cartoons I include in my Worst Cartoons Ever lectures (and forthcoming book) are ones that are so bad, they are unintentionally funny. For example, the works of Sam Singer, whom I dub the "Ed Wood" of Animation. His most famous production was Courageous Cat (which was created by Batman's Bob Kane), but his prior work - Bucky and Pepito, Pow Wow the Indian Boy, Sinbad Jr., and his "masterpiece" Paddy the Pelican - is pathetic. For example, Paddy is in black and white, and it's pretty much a set of animation cycles, in pencil, post dubbed by a pair of actors who seem to be channeling Amos n' Andy, who were instructed to keep talking throughout the film. It's a hilarious mess! 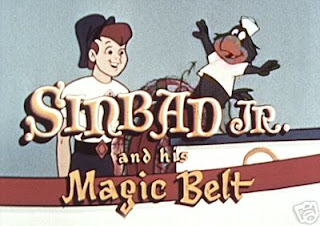 JA: You were once quoted in an interview saying that, "I'd like to see video games innovate the art form, but I doubt that will happen"; do you have any desire to contribute to that area of computer animation?

JA: If you could sum up your career for me in one word, what would it be?