A Conversation with Joe Dante 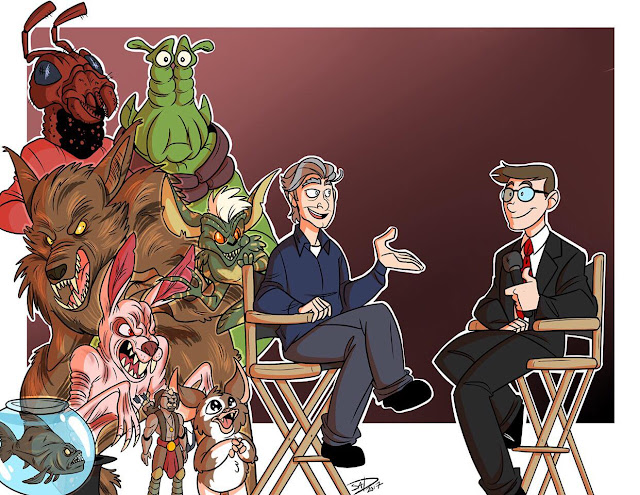 Jason Anders: What is it that got you interesting in filmmaking in the first place?

Joe Dante: I had originally planned to become a cartoonist; it was only during art school that I came to realize I was more inclined toward filmmaking. This was the mid-'60s when the idea of "film school" was pretty new - my class at the Philadelphia College of Art consisted of forty students and two black and white silent 16mm cameras. I didn't really learn much about making films, but I did spend as much time as I could at the local grindhouses where I caught up with old movies from the '30s on, most of which I could never have seen elsewhere. When it came time to try actual movie directing, I found I had a wellspring of images and ideas in my head to draw on. 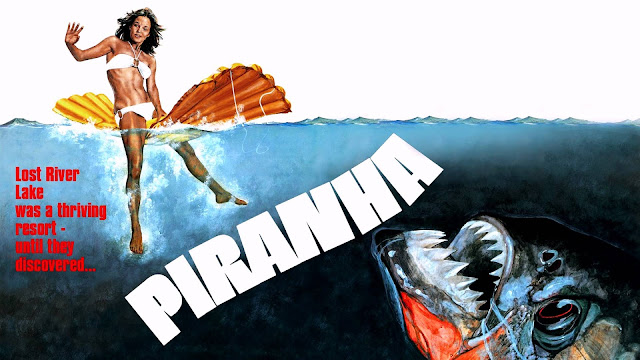 JA: What was it like to finally bring those ideas and images to life in 1978 with Piranha?

JD: Piranha was a Jaws ripoff I made for Roger Corman three years after the original was released. It was made in Texas for about $600,000, which was twice the usual New World budget since United Artists was co-producer and had foreign distribution. It was made in a rush and was quite ambitious for the time and budget. I was so convinced it would be a disaster that I never left the Moviola. I ate and slept in the editing room. I didn't even attend my own wrap party! But it turned out okay in the end and made a lot of money, particularly in places like South America.

JA: What were your favorite movies as a kid?

JD: The sadly vanished tradition of the kiddie matinee guaranteed me ten cartoons and a double feature every Saturday and (except for part of 1954 when I had polio) I was always at the movies. I'm afraid I was pretty undiscriminating as a child, I just loved movies. Period. Westerns, Disney movies, pirate movies, monster movies... I loved them all, except romance movies. Phooey.

We would look at the opening credits, count the female names, and figure out how many trips to the popcorn machine they added up to. Like most kids, I gave hardly any thought to who made the movies, or even who was in them, except to realize that I liked Audie Murphy better than Gene Autry. The Howling was fun for me because I loved the old Universal horror pictures and, once again, the movie was surprisingly successful.

JA: What was it like re-creating It's a Good Life with actor Bill Mumy from the original Twilight Zone episode in 1983's Twilight Zone: The Movie, and what are your thoughts looking back at it today? 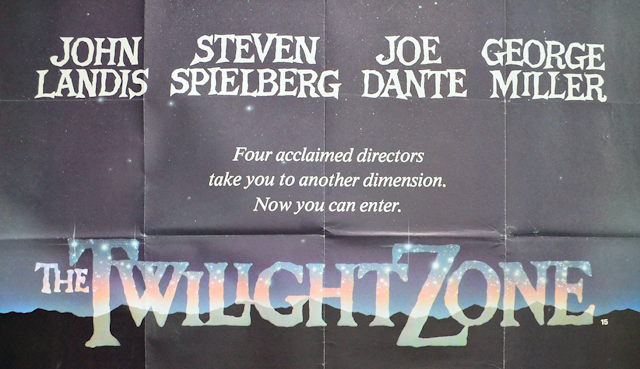 JD:  I got the job simply because I was around developing Gremlins when Landis and Spielberg were looking for someone to direct the third story of what was then a three-story omnibus (George Miller came in later). I thought adapting old episodes was a dumb idea, as so many relied on twist endings that the audience already knew, but that was a given. I chose the episode I did (one of the best) because I'd read the Jerome Bixby short story it was based on. I thought if I could disguise it well enough that they might not catch on right away that it was a remake. The movie turned out unevenly, as multi-story pictures tend to do, but George and I got a lot of street cred out of it.

JA: Do you have a favorite episode of The Twilight Zone?

JD: My favorite Twilight Zone episode is "Walking Distance", the second one filmed, and I think the best of the lot.

JA: In 1984 you directed Gremlins; looking back, how does the film compare to what you originally had in mind, and what challenges did you face on this picture? 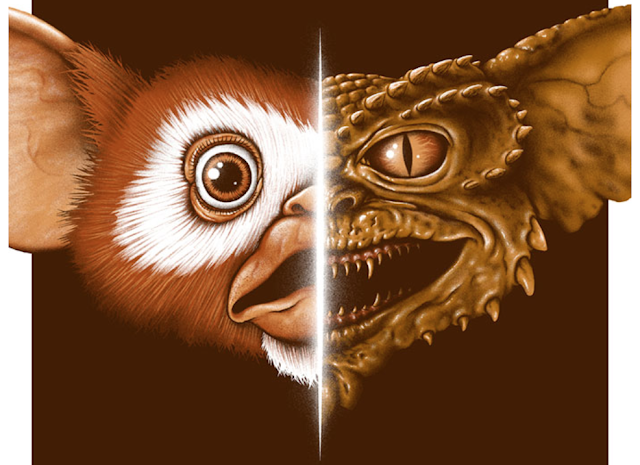 JD: I certainly don't miss anything we cut out; that was just the usual process you go through. The challenge here was inventing the technology as we went along. No one had done a puppet film on this scale before, and it didn't help that a few weeks before shooting, Steven Spielberg decided that Gizmo should stick around for the whole picture instead of disappearing in Reel 3. So somehow that little bucket of bolts had to be ambulatory, express emotion, and essentially carry the picture like Lassie! It also didn't help that the studio regarded the project with guarded amusement as something like "Spielberg's folly." If he wanted to make it, they'd comply to keep him happy, but they really didn't "get it" while we were in production. It was only after a phenomenal preview screening which brought down the house that it dawned on them this might be something special, but even then they never really understood it. 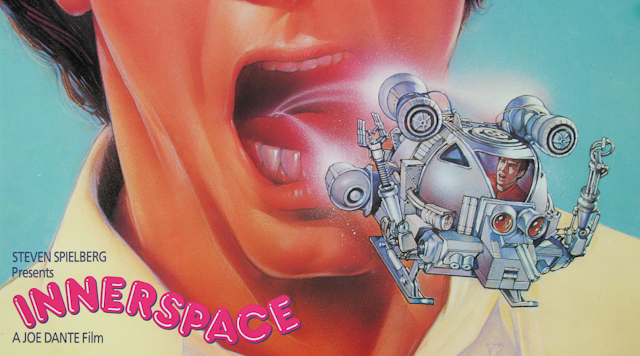 JA: How did you get Chuck Jones involved in your films?

JD: I had given Chuck a cameo in Gremlins as himself, and we were friends. He spent the whole day on Innerspace drawing pictures for the crew. Innerspace was probably the best time I'd had on a movie because the cast was so much fun and Jeff Boam's script was go good. People loved it at the preview. The picture tanked, though.

JA: What do you feel are the most important aspects of directing a comedy like your 1989 film, The 'Burbs, and who inspires you as a director?

JD: The 'Burbs was made during a writers' strike, so I decided we should shoot in sequence in case the actors' ad-libs added to the story. Behaviorally it's a very funny movie, although none of the three endings we shot really worked.

My favorite comedy directors are Ernst Lubitsch and Frank Tashlin, which is pretty eclectic, but there are many different kinds of comedy. It seems to me that a loose, informal set is the best environment for comedy, but others have gotten good results from great discipline. I think it really comes down to the ensemble. Every movie is different and there's no hard and fast rule for how to get the best out of the cast and crew.

JA: How did your experience in directing 1990's Gremlins 2: The New Batch compare to the first in the series? 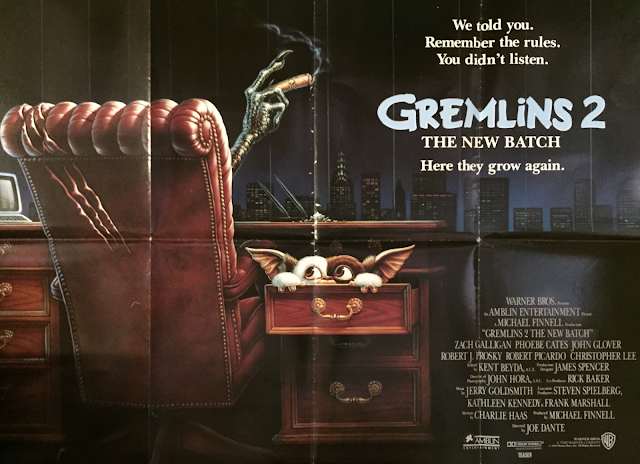 JD: As advertised, they really did leave me completely alone, plus we had three times the budget of the first one -which was good, since we naturally had to amp up the Gremlin capabilities to include walking, running, and talking. There were almost no opticals in the first one, but this one had lots of complex shots. The first film was almost breakdown-inducing in its intensity, but this one was a comparative dream. Among the ideas that didn't make it to the camera were Hoyt Axton returning at the end, having invented a foolproof raincoat for Gizmo, an appearance by a Sgt. Rock-like commando to save the day (I was glad to see that one go), and Christopher Lee morphing into numerous other characters including Einstein. I like the movie better than the original; it's more my personality. But a last-minute switch in release dates killed it at the box office.

JA: 1993's Matinee is another of my all-time favorite films. Was John Goodman based directly upon the filmmaker William Castle? 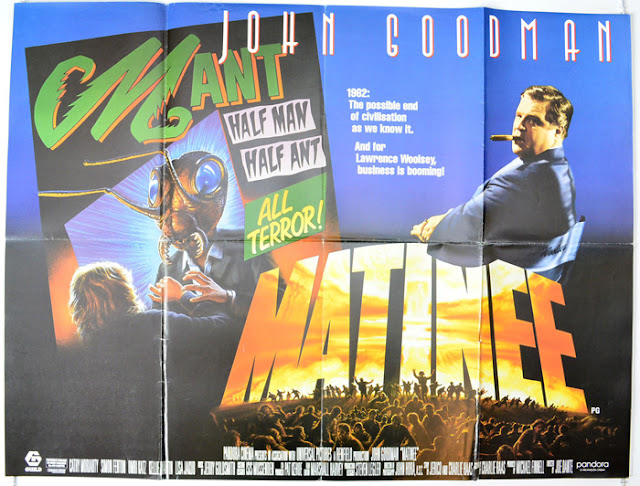 JD: Well, not directly - Castle never made the kind of giant insect movie Woolsey does, and in any case nobody was making those by 1962. It's more an amalgam of people like Castle, Corman, Jack Arnold and Ray Steckler. This turned out to be another more personal project. My little brother and I were the same ages as the kids in the movie during the Cuban Missile Crisis, and a lot of the set dressing in their room is my own, including the old monster magazines. No "bigger than life" showmen ever came to my neighborhood in New Jersey, more's the pity. This was essentially an indie film that got made by Universal, which really didn't know what to do with it. We shot in Florida at stages adjacent to the theme park, and at lunch time the script supervisor and I would high-tail it over to Back to the Future: The Ride.

JA: Let's jump to Looney Tunes: Back In Action in 2003 - what are your favorite Looney Tunes shorts?

JD: The Clampett, Jones and Freleng shorts are best, in my opinion, and each director has his own unique approach. As for the movie, the less said the better. It was a nightmarish year and a half of my life that I'll never get back, and if I had it to do over, I wouldn't. I did it for Chuck, who had just passed away and hated Space Jam.

The final release version of Looney Tunes: Back In Action has a different beginning, middle and end than the one I signed on to do. Every day was another battle with people who would never have walked across the street to see the movie. At least it's better than Space Jam.

JA: Tell me about your next picture, The Hole.

JD: It's a family horror film, if there is such a thing, kind of a throwback to '80s movies. It's in digital 3-D, but it's not a toss-rocks-at-the-camera movie. The 3-D is meant to be more immersive and draw you in to the characters and their dilemmas. The hard part is it's set in the summer, and it's being made in Canada in the winter!

JA: Do you have a fondest memory so far in your career?

JD: Hard to say. I'm just so lucky to be doing this at all! But maybe the moment I felt I had really arrived was in 1982, on the set of Twilight Zone, Stage 14 at Warner Bros. I was standing at the top of the set looking down over the sound stage, which had a huge pit beneath it for water. The Sea Hawk had been shot there. And this old grip turned to me and said, "Ya see that corner over there, kid? Errol Flynn pissed in that corner!" And I thought, "Wow. I'm in Show Business!"
Newer Post Older Post Home