#91. A Conversation with Richard Kind 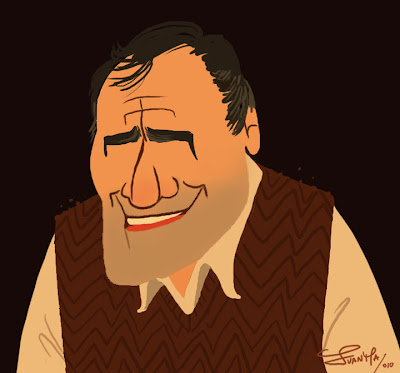 Actor Richard Kind, known for his roles in the sitcoms Mad About You and Spin City, is now the Mayor of Gotham City in the new Fox series Gotham.  Kind drops by Fulle Circle to answer questions about his life, career and being the most impersonated actor among poker players in Hollywood.

Jason Anders: I recently did an interview with Samm Levine and he was saying that everyone in the poker world of Los Angeles has a Richard Kind impression. Are you aware of this?

Richard Kind: I am aware of it, and the funny thing is that I can't even do me. Everybody does me better than I do me. Dan Castellaneta and Hank Azaria both have the best impersonations of me.

JA: Was there ever an actor when you were young that you would impersonate?

RK: I can't say that I impersonated them because I did it so badly- But I love W.C. Fields, Spencer Tracy, and Woody Allen. 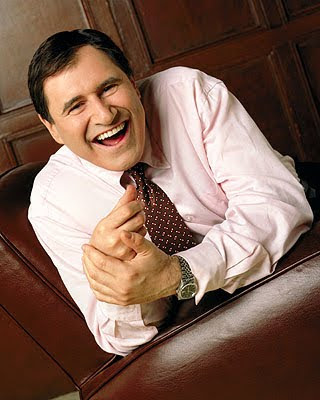 JA: Which is your favorite Woody Allen film?

RK: Bananas is my favorite- His greatest is either Annie Hall or Crimes and Misdemeanors. I have such fond memories of Bananas, every minute is a laugh.

JA: Back to impersonations, my parents would always impersonate your character on Carol & Company- What are your fondest memories of working on that series?

RK: It was a real sense of teamwork and ensemble, and we were really trying something that was so different. While there was a place for it on television, it was never really popular because it was an ensemble. It was an anthology. That is very difficult to do. I loved her and everybody in the cast. It was a challenge each week with different characters and genres... it was just different. When you do a sitcom for six years or so, you're doing the same show week after week after week, where you do the same lines and every joke is the same with different words. With Carol & Company it was different, but some weeks were successful and some weren't. 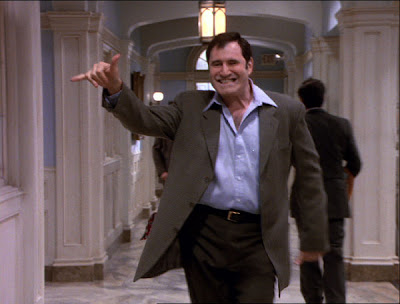 JA: Excluding all of your work in TV, if you could play any character in television history who would it be?

RK: I love Lou Grant on The Mary Tyler Moore Show, he was such a great character. I think Ed Asner is such a great actor and a great guy. I also think that Dick Van Dyke was the greatest.

JA: Do you have any phobias?

RK: I really hate heights- that includes climbing stairs or being on balconies. Also spiders and snakes. 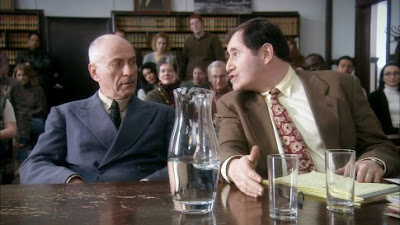 RK: I used to collect Don Quixote memorabilia- Different editions of the books, statues, and paintings.

JA: Do you have any nicknames?

RK: When I was young in camp I was called Tortoise because I was so slow.

JA: Do you remember your first car?

RK: I do, it was my grandmother's Oldsmobile. I also had a '67 Mustang that my mother got rid of. That killed me. Later I had a Volkswagen that I was very proud of during a bitter winter in Chicago... it was the only car that started. 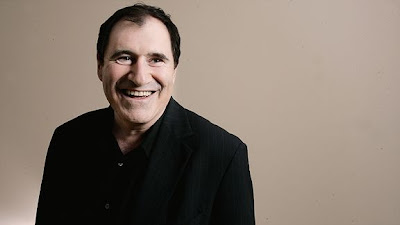 JA: Tell me about your work on Curb Your Enthusiasm and how you got involved with Larry David.

RK: It was a blast- I was always worried that I wasn't doing what he wanted me to do. I love the show and its form so much, and I know that when he's writing he has in his head what it's supposed to look like, so I was always hoping that I supplied the right proportion of it. When Larry hired people who were known, he always had them play themselves... with the exception of Ed Asner. He thought that I was too big of a celebrity to play a character. My friend convinced him that he was wrong.

JA: What elements do you feel make up a great comedic performance, and which actors do you think embody the ability and talents to execute them?

RK: That's a great question, and really tough. The obvious is to not play it for funny, play it for real. Knowing how to play the joke real, but also making it funny. There was a great actor named Joseph Maher who was able to be very big, yet very realistic. He played the butler in Heaven Can Wait with Warren Beatty. A wonderful actor. Also Buster Keaton and W.C. Fields. Boy oh boy. Peter Sellers was the real genius at it, and yet in the same movie Dr. Strangelove, George C. Scott was too. He was brilliantly funny... he was enormous, yet serious. It's all about having a persona, but it's very difficult. Jack Lemmon and Tony Curtis in Some Like It Hot were real yet amazingly stupid. 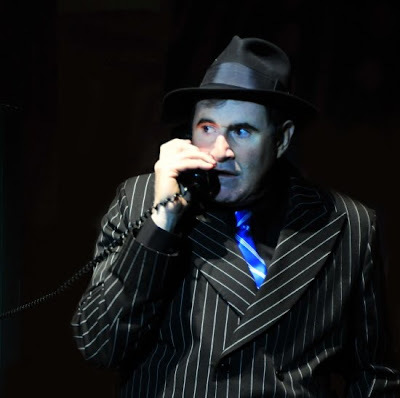 JA: What are three adjectives that you feel best describe your personality?

JA: What is the most valuable lesson you've learned in your time on stage?

RK: I've learned how to balance funny and realism. I used to be really big and amateurish in my acting. I actually learned this doing single camera work on shows. I'm always learning. I learned from Carol Burnett how to be big yet small at the same time, and I learned from Michael J. Fox how to be small yet big at the same time. Carol would play for the back of the house while filming a show and yet it would be captured on camera. Michael would play to the camera, yet it would travel to the back rows of the studio audience. It's a real balancing act. 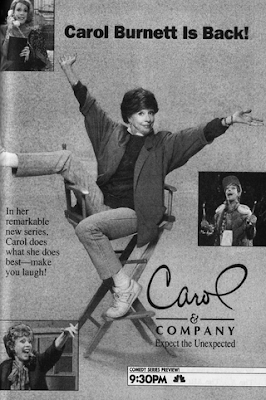 JA: Do you have a favorite theater show of all time?

JA: If you could live in any decade, which would you pick and why?

RK: Wow, that's a great question. I would say the 1930s. They were coming out of the Depression, they really appreciated things, it seemed like a lot of fun, movies were just getting started, there was Vaudeville, musicals were starting to come alive... it just seemed like a fun time.

JA: And finally, what can we expect with your new series Luck alongside Dustin Hoffman and Nick Nolte?

RK: Damned if I know. We did the pilot and supposedly it's great! I haven't seen a bit of it. I understand that it's wonderful, the people who have seen it love it. HBO is thrilled with it. David Milch is not only a genius, but a great guy. There's a real humanity to him and a literacy that I've never seen. He's just wonderful. He's a guy who turned the wild west wilder than you ever thought it was. I can't wait to read the script. The pilot was so much fun! 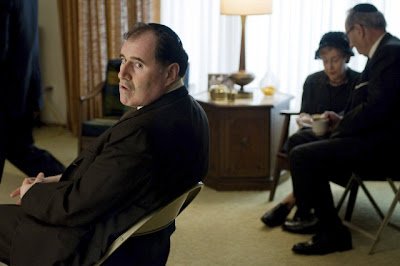 JA: It's such an amazing cast and crew!

RK: I know! Michael Mann is just fantastic. With every take he had a direction. He was great with me because he knew I was a theater guy and helped me bring down my performance. I'm not hard of hearing, but when I watch TV a lot of the time I can't hear what's going on. People speak in such low tones. I'm not a soft spoken guy, but I do understand what the intimacy of a microphone can bring. It's an art form that I have only learned within the past four or five years. If people have made a big splash in a stage show on Broadway, when they make the movie I understand why they didn't use that person- It's because what they did was large. You can't do that on film, you have to change your performance. 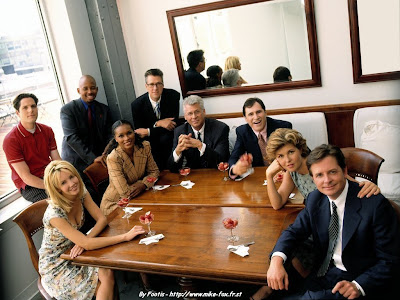 JA: If you had to sum up your entire career with one word, which would you use?

RK: Journeyman. I enjoy working, I'll work on anything. I'll do the good stuff for cheap... and for the bad stuff, they better pay me a lot.
Newer Post Older Post Home