#93. A Conversation with Richard Hatch 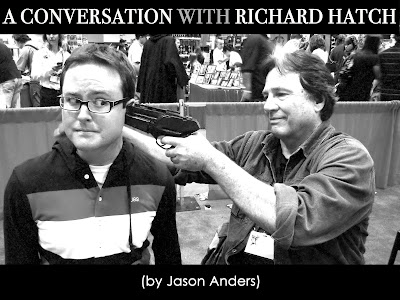 Jason Anders: So what is the most bizarre question you've been asked during this convention?

Richard Hatch: Probably "How do you feel about a transexual playing Apollo in the new Battlestar Galactica?" It didn't bother me, I thought Jamie did a great job portraying a macho-man hero type. Just kidding, Jamie.

JA: If you could be the star of any television show of the past, which role would you take on and why?

RH: I am a star! What's this "could" stuff?! I've always wanted to play Starbuck. I could play the frakking hell out of that role. Let me tell you right now, Dirk Benedict- You're lucky that I wasn't there at that audition. By the time that I got there, all that was left was Captain Apollo. I was cast two days before the performance- But had I known about Starbuck, I would have been the first in line and would have nailed that role. Dirk, you're shy, inhibited, have no personality, and you're boring. But me? Are you kidding me?! I am Starbuck! 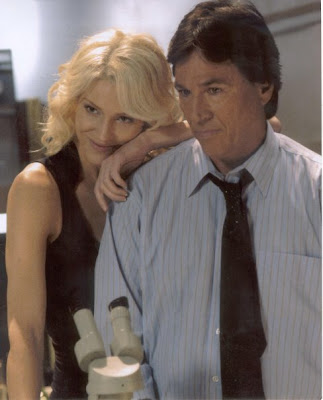 JA: What three adjectives would you use to best describe your personality?

RH: Twerp is a good word. People misunderstand "twerp". It comes from a very ancient Lithuanian language that means "heralded one, one of greatness, one that is mediator between Heaven and Earth." It has a phenominal, deep, very profound meaning. So don't take the more superficial meaning that Americans have given it in the English language.

Also "megalomaniac" and "ominous". So say we all.

JA: What are your three favorite movies of all time?

RH: Bambi was one of my favorite movies of all time because he goes through hell and grows into a hero. It's kind of the story of my life. Also Blade Runner and Aliens. 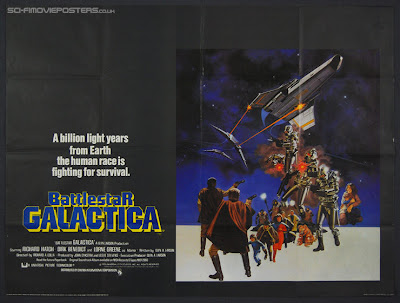 JA: What is the best Christmas gift you've ever received?

RH: An Erector Set, because if I wasn't an actor I would have been an architect. I love design and putting things together. I love building things, shape, form, and art. I have a really good visual eye, but I'm not really an artist.

JA: Do you enjoy photography?

RH: Yeah, I actually have a really good visual sense. Photographs are also one of my favorite art forms. There's just something about capturing people and their multiple stories that are frozen in a moment of time that I just find extraordinary. 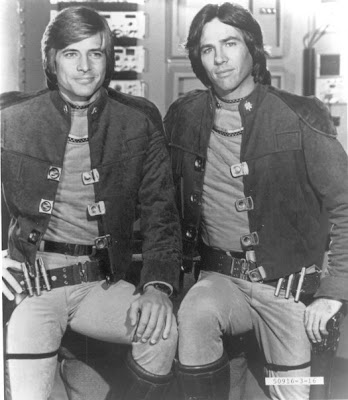 JA: What are your thoughts on the new Battlestar Galactica movie that will be based on the original series?

RH: Well I have no clue what they're doing. I do know Tom DeSanto, and I know that he will fight the good fight to honor the original underpinnings of that story that he fell in love with and truly cherishes. Glen Larson will be there and a powerful custodian of the original BSG. I'm sure they realize it's 2010, and they'll want to appeal to the original audience as well as the audiences of today, so they've got to build a bridge between the past and the future- Just like we had to do with the Second Coming trailer.

The challenge is that they are re-imagining it for the second time. Even though it's based on more of the original backstory and mythology, it's still a re-imagining replacing characters that fans love. The challenge is doing that with two generations of Battlestar fans from the new and old show, having their beloved story re-imagined again. The question is will they be able to do that and cover new ground. It hasn't been very long since the new show went off the air, and it's very fresh in people's minds. 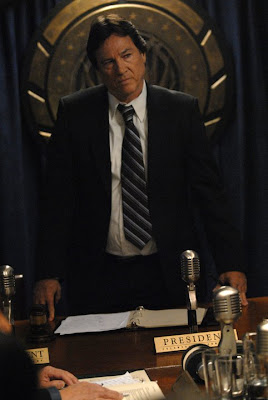 Even if it's wonderful, and I hope it is, it's going to be very hard for the fans not to compare it or be upset. How are they going to bridge that? The new Star Trek movie didn't really replace the original actors with new actors, what they did is go back in time to where the characters were much younger. The fans accepted it because they were looking at these characters in a time which they had never seen before. It was covering new ground, and giving them a chance to see what their heroes looked like in their beginnings. I think that worked. I loved the new Star Trek movie, and I'm a big Star Trek fan.

Here they are not going back and seeing us as kids, they are doing something quite different. There's some big challenges. It's not just coming up with a great story, big movie, great acting, and all that stuff- It's the question of if they can give us new insights into the Battlestar universe, cover new ground that has not been covered, and also not lose the audience because they feel violated or feel that what they love has been changed too radically. I hope they do it. 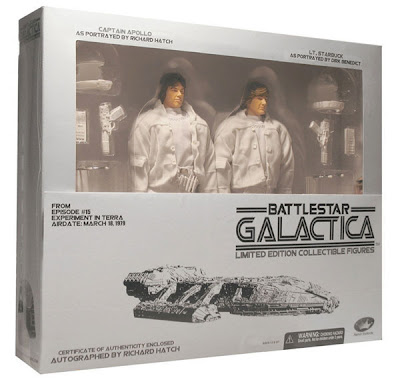 Battlestar Galactica is too wonderful, and I feel has not even begun to be explored. I think there's so much more meat in the BSG universe, so I tremendously hope this succeeds and they find a way to surprise all of us. Ron Moore surprised me along with a lot of people in creating a really powerful story and finding new ground. He built a new back story that was really plausible and interesting. I'm a fan of this universe, so I hope that I can sit in that movie theater and be blown away. Nothing would make me happier. Of course, it would be nice to be in it.