"The Night HE Came Fulle Circle: A Conversation with John Carpenter" By Jason Anders 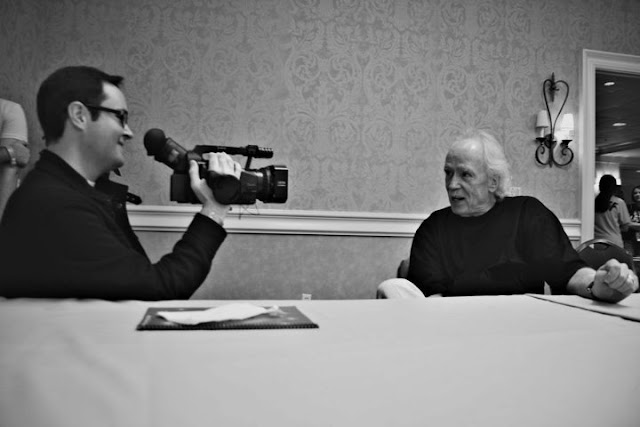 Jason Anders: I know that Howard Hawks is one of your influences, specifically his film Rio Bravo. What is it about that movie that inspires you?

John Carpenter: I think that probably the first thing about Rio Bravo is that I saw it when I was a kid; I was ten years old and I loved it. It was just a movie that really had an influence on me. When I went to film school later, I studied Howard Hawks and learned what he was all about as a director. That enriched the love of Rio Bravo. 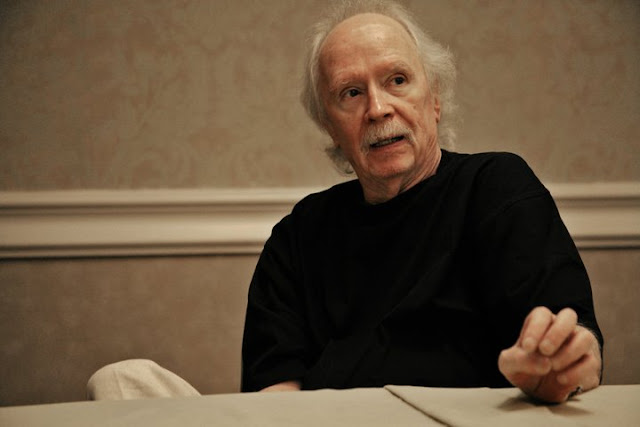 JA: Whose work today do you admire?

JC: David Fincher I think is great. I really admire his work.

JA: Are there any actors you have always wanted to direct?

JA: What kinds do you own? 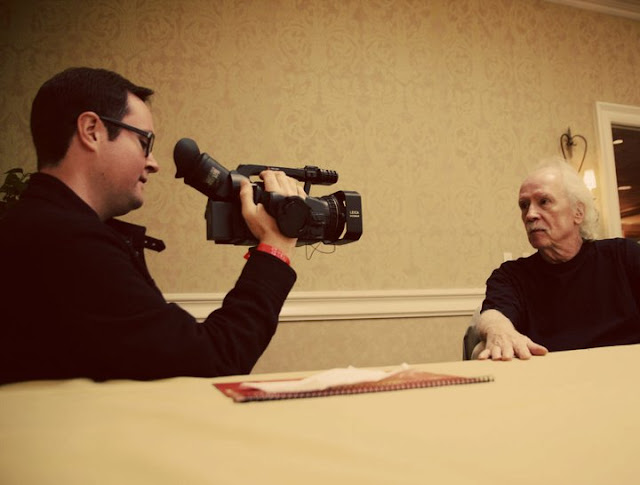 JA: What is your favorite science fiction movie?

JC: Impossible to say. There's too many good ones. The Thing from Another World, The Day the Earth Stood Still, The Quatermass Experiment, The Curse of Frankenstein, The Fly, Them!, and War of the Worlds.

JA: Do you have any phobias?

JC: No. I don't enjoy standing in a high place with nothing to hold on to, but I became a helicopter pilot in the eighties, so I got over my fear of heights in general.

JA: Considering the subject matter of your films, do you believe in ghosts or aliens?

JC: Hell no. Absolutely not. They live only in the movies and in literature.

JA: What do you enjoy doing most with your free time when you're not working?

JA: Do you have a favorite team? 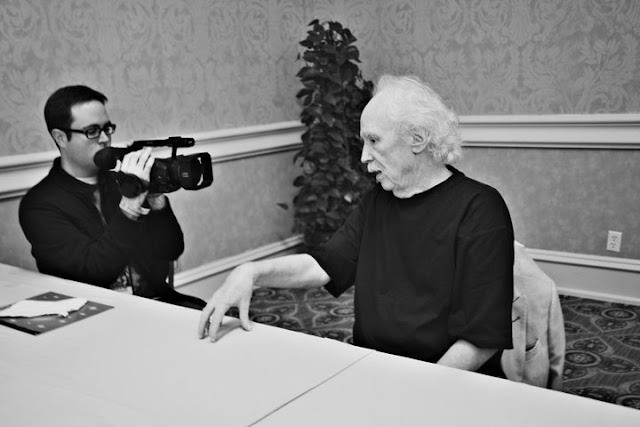 JA: So tell me about your newest film, The Ward, and what influenced you to get back into directing.

JC: Well I have to give Mick Garris credit for getting me back into directing, because he got us all involved in this Masters of Horror business for Showtime. Somehow we all agreed to make little one-hour movies in Canada. It was so much fun! I really enjoyed it.

And then I thought, "Well let me try something..." and then The Ward came along and it was the right size. It was a small film and contained, had a small energetic cast who was very talented, and it was a lot of fun to shoot. I had a blast.

JA: How do you feel about television today?

JC: There's some good stuff. I was a little disappointed in Boardwalk Empire, but I will give it another chance. The Sopranos, obviously. Curb Your Enthusiasm is hilariously funny. Dexter is good.

JA: And finally, if you had to sum up your personality with just three adjectives, what would they be?

JC: You have me stumped. Sardonic, pessimistic and fun-loving. 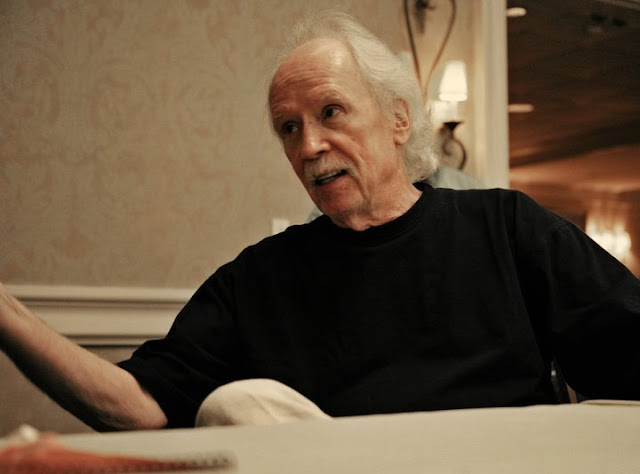