#101. A Conversation with Dana Rosendorff 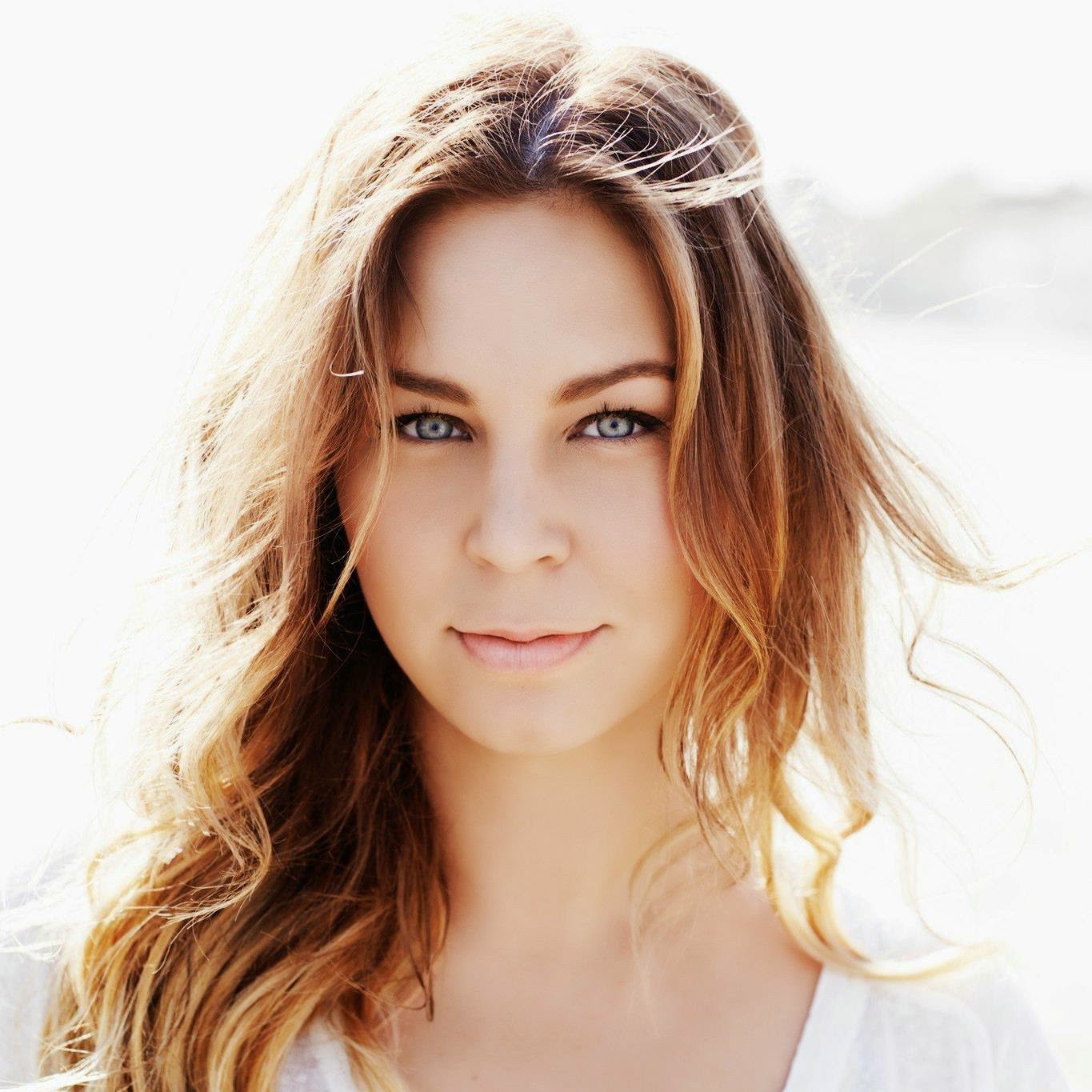 Dana Rosendorff: Hmm… inside info, huh? Well it’s pretty top secret- But I can tell you that Perfectus is about mankind’s fascination and ongoing pursuit to create the perfect human being. When the experiment ultimately fails, a deadly virus is unleashed upon the world with catastrophic effects. I will be playing the part of Zoey. Zoey is a special-ops trained mercenary who fights to stop the spread of the virus. So far, we have a fantastic cast and crew attached, and I am very excited to get on set and start kicking some ass! 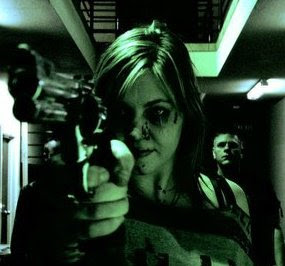 JA: How did it come about that you were cast in the film?

DR: The producers, Nicholes Cole and Electra Avellan, saw a clip of my work from an Australian film I starred in called Verite. The characteristics of Verite and Zoey were quite similar, so they got in touch with my agents and the rest is history!

JA: Having grown up in theater, what has been your favorite role to play- and which role would you most like to play on stage?

DR: Well to be perfectly honest (I am aware that I will regret this later), growing up in Australia, I went to an all girls school. Now, as luck would have it, I have quite a husky voice. So, every time they staged a production… well… I was always cast as a man! So… I would have to say, that in my years of playing men- my favorite characters to play have been Henry Higgins and Atticus Finch. Although once, against all odds, I was cast as Helena from A Midsummer Nights Dream which was great fun! And at drama school, (The West Australian Academy of Performing Arts) I played Rita from Educating Rita, which I just loved! But one day, I would really love to play Velma Kelly from Chicago. I must have seen that musical at least a million times! Or Blanche Dubois from A Streetcar named Desire.

JA: What are your top five favorite movies of all time, and what makes them your favorites?

DR: Only five?! That is impossible! I tried to narrow it down, but I absolutely could not decide between the following- so in no particular order, my favorite films of all time are:

For the most part, they are my favorites because I just love the stories; I love the worlds they take me into. For better or worse, these films have all affected me because the characters and relationships they depict are so real and I can relate to every one of these stories, situations or people in some way. I also think the performances are just phenomenal! The actors who portray the characters bring to life such raw vulnerability and complexity that you are inevitably moved and or changed. I think whether it’s a deep, dramatic film, a guilty pleasure or a feel good movie, a film can take you on a real cathartic, visceral journey that stays with you. Others remind me of people, or a time in my life that was special. 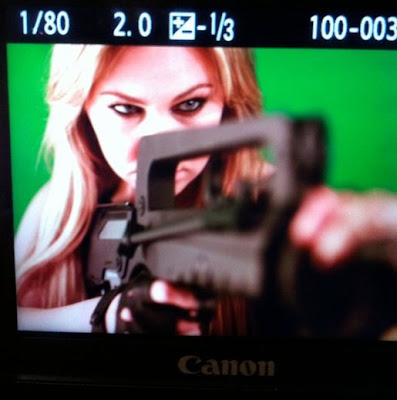 JA: Which actors inspire you most, and what most inspires you to act?

I think what inspires me to act is my fascination with human relationships and our complex psyche. If I didn’t become an actress, I think I would have studied psychology. I find it so interesting to explore the realm and inner workings of characters in situations and worlds completely removed from my own. I also love to tell stories and be apart of something bigger than myself. It is quite a profound feeling to contribute to an art form that can unite and reach people from any walk of life, all over the world. I couldn’t see myself doing anything else. 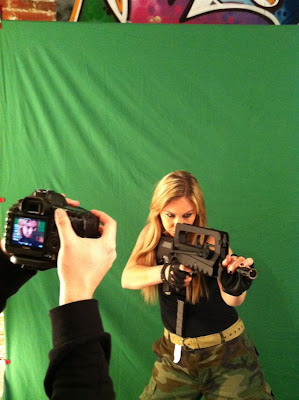 JA: What is the best advice you've received so far in life about working in the entertainment industry?

DR: When I first arrived in Los Angeles, every person I met told me their experience of what to do and what not to do, who to talk to, who to avoid, what works and what doesn’t, where to be seen, where not to be seen. And I could easily regurgitate the age old clichés about ‘hard work, timing, luck, perseverance, opportunity meeting preparation, being at the right place at the right time, etc.’ But the longer I work in the entertainment industry, the more I realized that there were no rules. Sometimes there honestly is no rhyme or reason and there certainly is no one formula. This is the craziest business on earth and you can literally go crazy trying to keep up with it.

So, I think the best advice I have been given is to not take yourself too seriously and just have fun! If you’re not having fun, then what’s the point? And secondly- to never take a road that has been mentioned in a song or had a film named after it… unfortunately for me, I live above Sunset Boulevard- go figure! 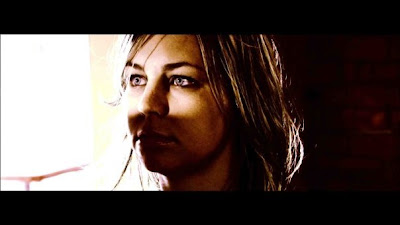 JA: What do you find is the biggest struggle in making a career of acting, and how are you overcoming it?

DR: There are many struggles when you choose a career in acting. I think one that everyone struggles with, is the lack of stability. There really is no certainty or no specific path of how to succeed. There is no point A to point B, especially when you are first getting started. There is no set path of how to accomplish something like there is with becoming a lawyer or a doctor, and even when you do become established, you still don’t know where you next job will come from. Then say you are one of the ones lucky enough to be getting paid for what you love to do, who’s to say that the public will even respond well to it? Acting and film is so subjective that your luck can change in the blink of an eye. And because as actors- we can’t separate ourselves from our product, it becomes very hard not to take something personally in the event that it’s not received well.

So, I think trying to maintain a strong belief in yourself when no one else does is definitely one of the biggest struggles. When all the odds are against you, the ability to keep going and not give up is very difficult. There are thousands upon thousands of actors all over the world, and lets face it, there is always going to be someone younger, prettier and thinner with a better agent. Hollywood ‘politics’ play their part and usually the best man doesn’t always end up winning. So, when times are slow and no one is holding out a hand to help you out- you somehow have to keep this blind faith in yourself that you are talented, you can act and one day you will book a job! However- when that day will be, is anyone’s guess! So unless you’re Meryl Streep, I think the only way to overcome these fears and doubts is to surround yourself with very grounded, supportive family and friends and to remain focused and positive. If that fails, a bottle of vodka and a tub of ice cream usually does the trick! 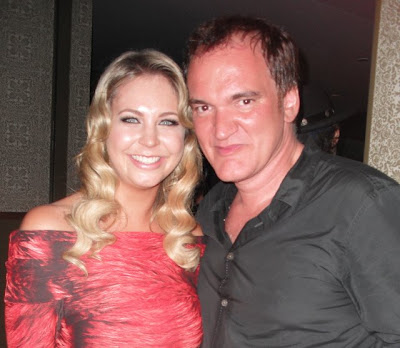 JA: Who would you most like to be directed by in a film?

DR: Martin Scorsese, Baz Luhrmann, Quentin Tarantino or Darren Aronofsky. I am a huge fan of their work.

JA: If you could star in any television show of the past, which would you chose and why?

DR: Seinfeld! Without question one of the most brilliant shows of my time! I can’t tell you how many times I have watched that show and it still never gets old. The writing is so clever and the ensemble cast was extraordinary! Pure, comic genius! I would give my first born to be able to go back and be on that show! 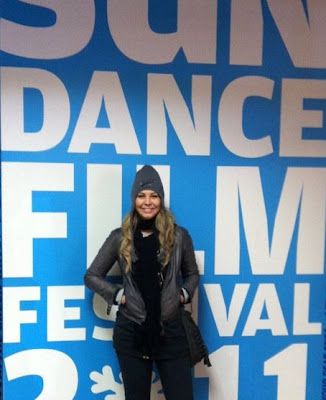 JA: What do you enjoy doing most when you're not working?

DR: I wish I had something impressive to say, like cliff face hang-gliding or helping under-privileged children to read… but to be honest, I just love to be around my friends and family (when I am fortunate enough to see them). Those relationships are so important to me and they are what keep me sane and happy! That- and shopping! After acting, my next love is fashion. I get so excited and inspired seeing designers new collections at fashion week. I love everything about the fashion world. And I love music and film festivals or going to the theater. I’m pretty spontaneous, I like to travel- I go to New York as often as I can. Other than that, I think going to the movies, or to a great restaurant or wine bar, going out dancing with the girls, or to the beach pretty much sums it up! And I won’t lie… I’ll never say no to a night of karaoke!

JA: If you had to sum up your personality into just one word, which would you use?

DR: Bi-polar? Haha- no um… that’s a tough one… I think I’ll go with dynamic! (A typical Aries response).