#106. A Conversation with Barry Bostwick 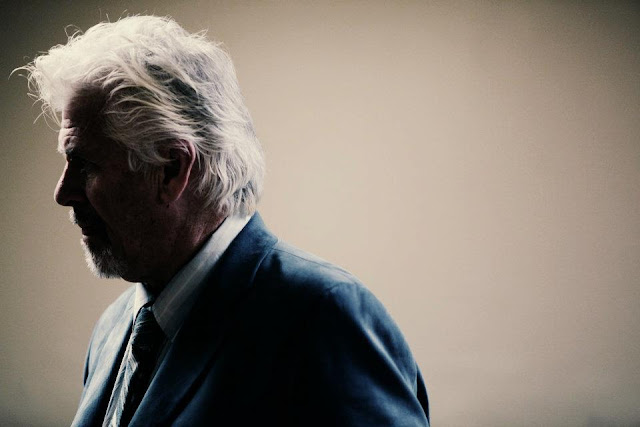 Barry Bostwick is a Tony Award winning stage and screen actor.  He is known for playing Brad Majors in the 1975 cult classic THE ROCKY HORROR PICTURE SHOW, but I knew him growing up as Mayor Randall Winston on the sitcom SPIN CITY, one of my favorite shows of all time.  Now he's here at Fulle Circle to talk about his life and career as we celebrate over 35 years of the film that made him famous.

Jason Anders: Is this your first time to appear at a convention like Spooky Empire?

Barry Bostwick: I've done maybe three or four over the years, maybe one a year.  It's always fun to see that the fans are still so adamant about the movie, Rocky Horror Picture Show.  But now I find there are more pictures where they say "will you sign this for my mom?"  Or there are ten-year-olds coming up to me and saying "my parents took me when I was seven," and I say "your parents should be arrested."  The wide range of ages for that movie, that's one of the reasons I really love it.

JA:  Do you find that you're more recognized for The Rocky Horror Picture Show or Spin City?

BB:  Well, I think it matters what age group, really.  If you're between your fifties and seventies, unless you have a lot of tattoos and body piercings, it's usually Spin City.  It's weird that people still know me from Rocky Horror because we did that thirty-six years ago. 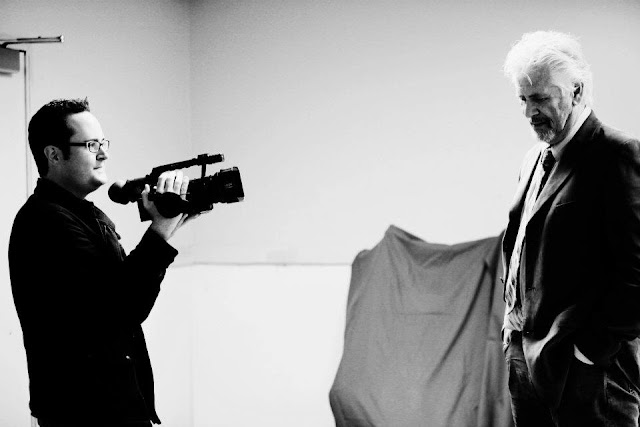 JA: It's amazing the impact it's had.  Across the street at Universal they are doing a Rocky Horror tribute show for Halloween Horror Nights.

BB:  If you do it live, the problem is that people feel the need to talk back at the stage.  As an actor I'm sure that's pretty disconcerting... you're trying to say your lines and the audience is screaming at you.  I caught it in New York years ago when they did it like that and I'd much rather see it on film and know that I'm not going to be bothered.

JA:  What is it like to be a part of something so iconic?  In movies like Fame and The Perks of Being a Wallflower the characters can be seen attending screenings, and shows like Glee are dedicating entire episodes to the film.

BB:  Me and Meat Loaf were in that episode!  Meat Loaf and I?  Mr. Loaf and Mr. Bostwick. It's an honor.  I think it's a wonderful film.  I'll never get tired of watching it because I think it's a great movie with a lot of style, color and good music.  It's an original one-off movie and I'm proud of it. 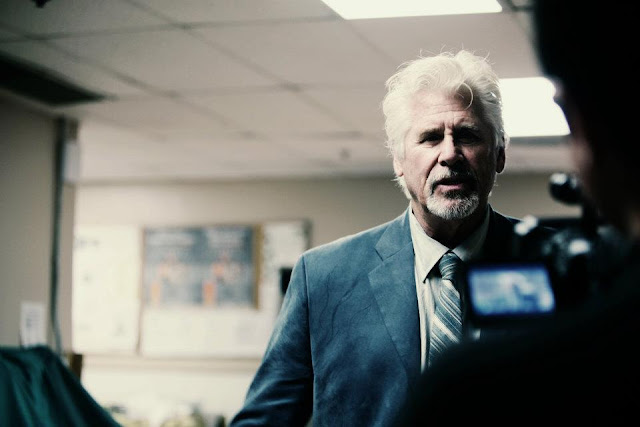 JA:  Do you remember what originally sparked your interest in becoming an actor?

BB:  Probably a girl.  My girlfriend in high school was a head cheerleader and a singer.  She was a dancer and I did a dance studio thing with her.  I was always a singer, I sang folk music and we sang together.  We wound up doing high school plays, community theater, four years of college, got a Bachelor of Fine Arts in acting from a school in San Diego and then went to NYU School of the Arts to work on my Master's and did a lot of theater.  So... women.

JA:  Do you have a favorite performance of all time in film?

BB:  Probably anything that Jimmy Stewart has done.  I just think he's so genuine.

BB:  Yeah, I probably am.  But then Tom Hanks came into the picture and he gets all the Jimmy Stewart parts.  I get them on television, he gets them in movies. 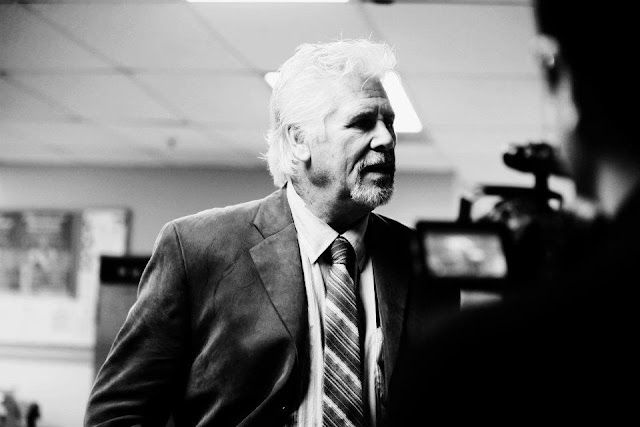 JA:  What was it like being a part of Spin City?

That's what was wonderful about the show, you never felt like you had to make up for somebody else. You were always sort of on par with everybody.  They were all such brilliant comedians, and each character was unique unto themselves. You never felt that you were overlapping somebody, comedy-wise or character-wise, which so many of those sitcoms do. There's the three guys in the office whose lines are interchangeable.  Each one on this show had a real unique point of view.

JA:  Every Tuesday night growing up my family would get together and we would watch Spin City- what is it like to be in so many homes making people laugh every week for so many years?  Can you even process the reality of what that is?

BB: Not really.  It's hard to get on the other side of the tube and see it from that standpoint. I'm able to pretty much divorce myself from the characters that I play.  Even with Spin City I probably couldn't even tell you what happened in more than five episodes.  Television moves so fast that you forget what happened the previous week.

But what's it like coming into people's homes?  The problem with that particular character is that people always thought I was as stupid as the character.  I tried to explain to them that the character wasn't really stupid, he was just entitled.  He was rich and everybody had been doing everything for him, but occasionally he would solve the problem... and if you didn't see that episode you'd say the guy is just a ditzy, incapable character.  I always tried to make sure that every five or ten episodes you'd believe that guy could actually be mayor of a major city and that it wasn't just being totally run by the deputy mayor.  I don't know if I was successful at it, but I think we were successful at getting laughs.

JA:  I think it's one of the greatest television characters of all time.  It's one of my favorites and I think funniest. 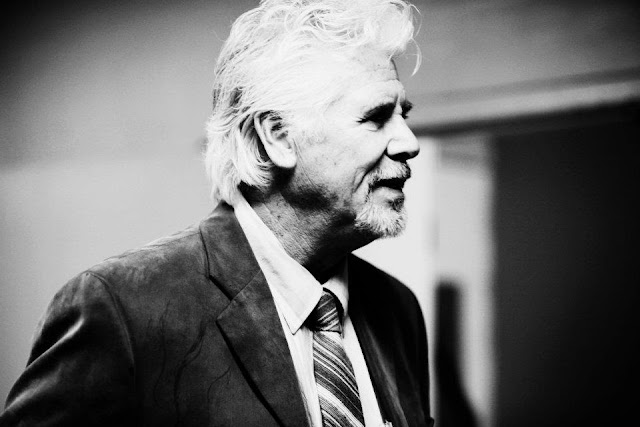 JA:  You'd always see your character's name, Randall Winston, in the end credits of the show.  Was your character based on a real person?

BB:  He was one of the producers on it, the post-production producer, and they named me after him. He then became the producer on Scrubs and Cougar Town. He's a tall black guy. I love him like one of my good friends. He's just a neat, sweet guy. In terms of character types, we were so different. I am so happy to have been his namesake.

JA:  Do you remember much about the day you filmed jumping off the bridge with Michael J. Fox?

BB:  That was a tough episode because he was sick and nobody really knew it.  I had just had prostate cancer and had an operation about a month earlier, and nobody really knew that.  When he said "let's do it again," I said "no, Mike, I don't wanna jump off this pier again!"  But he was gung-ho for it.  The problem with that scene, if there was a problem, was that when we looked at the survey the day before we did it and went out to look at the location, the tide was down the day of shooting- so all of the sudden the jump felt like we were jumping off the top of a building!  I was a little scared taking that jump, but they had scuba-divers down there ready to get us.  When I held his hand and jumped... we needed to hold each other's hand. 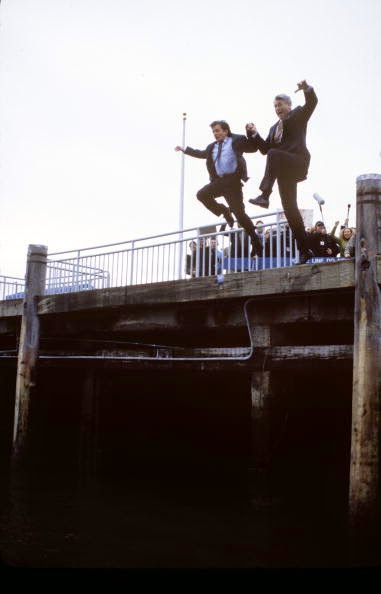 JA:  What is the most important thing you've learned about acting that you would pass on as advice to other actors?

BB:  You have to have a good hobby, because you can't put your whole life into what you do.  You have to find something in your life that's going to feed you in other ways.  I've found that for me it's ceramics and pottery, and before that it was sculpting.  I have a really nice outlet with my ceramics and I've been doing it for twenty-something years.  I have my own studio at the house.  Whenever I'm not acting, I'm going out there creating stuff.  I give things to charities and do things for my kid's school... I've got teenagers so I'm still raising money for schools.  I say get a hobby!  Get a good hobby.  And don't take it too seriously.

JA:  How would you sum up your life and career with just three words? 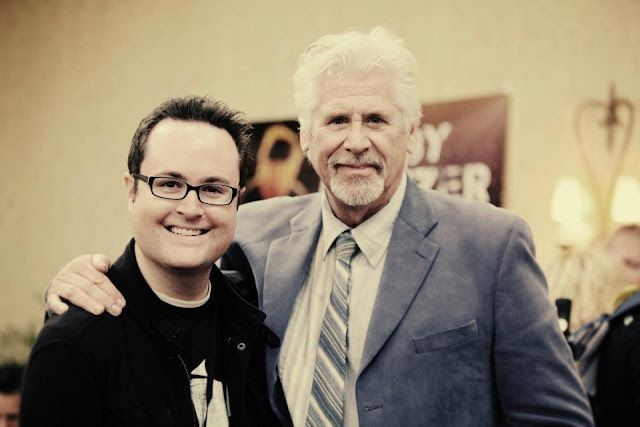