Journey into Imagination: A Conversation with Jim Zub 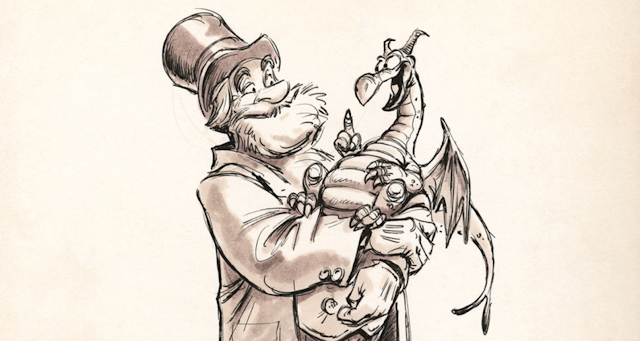 "Some people see the world as it is.  They believe the environment around them is static, immutable... and that setbacks are a sign they should settle for what they have.  I prefer to think of the world as it could be.  It's a journey to create something bigger and better.  If I don't try, I'll never know how big it could be." - from Issue 001 of FIGMENT

Jason Anders: How familiar were you with the character of Figment and the Epcot attraction before being approached to write this series?

Jim Zub: I knew Journey Into Imagination and Figment, it was one of my favorite attractions when I went to Walt Disney World back when I was twelve, but I didn’t know anything about the changes to the attraction until I did research to write the comic story.

JA: Was it Bill Rosemann's idea to bring Figment to Marvel?

JZ: From what I know, it was part of a larger conversation that Joe Quesada (Marvel Chief Creative Officer) had with executives at Disney about collaborations between the two companies now that Disney owns Marvel.  Much like with Pirates of the Caribbean, Disney has been looking to expand the reach of the attractions beyond just their name, and the Disney Kingdoms line gives them a way to do that by creating more in-depth plot-lines and characterization around the attractions. 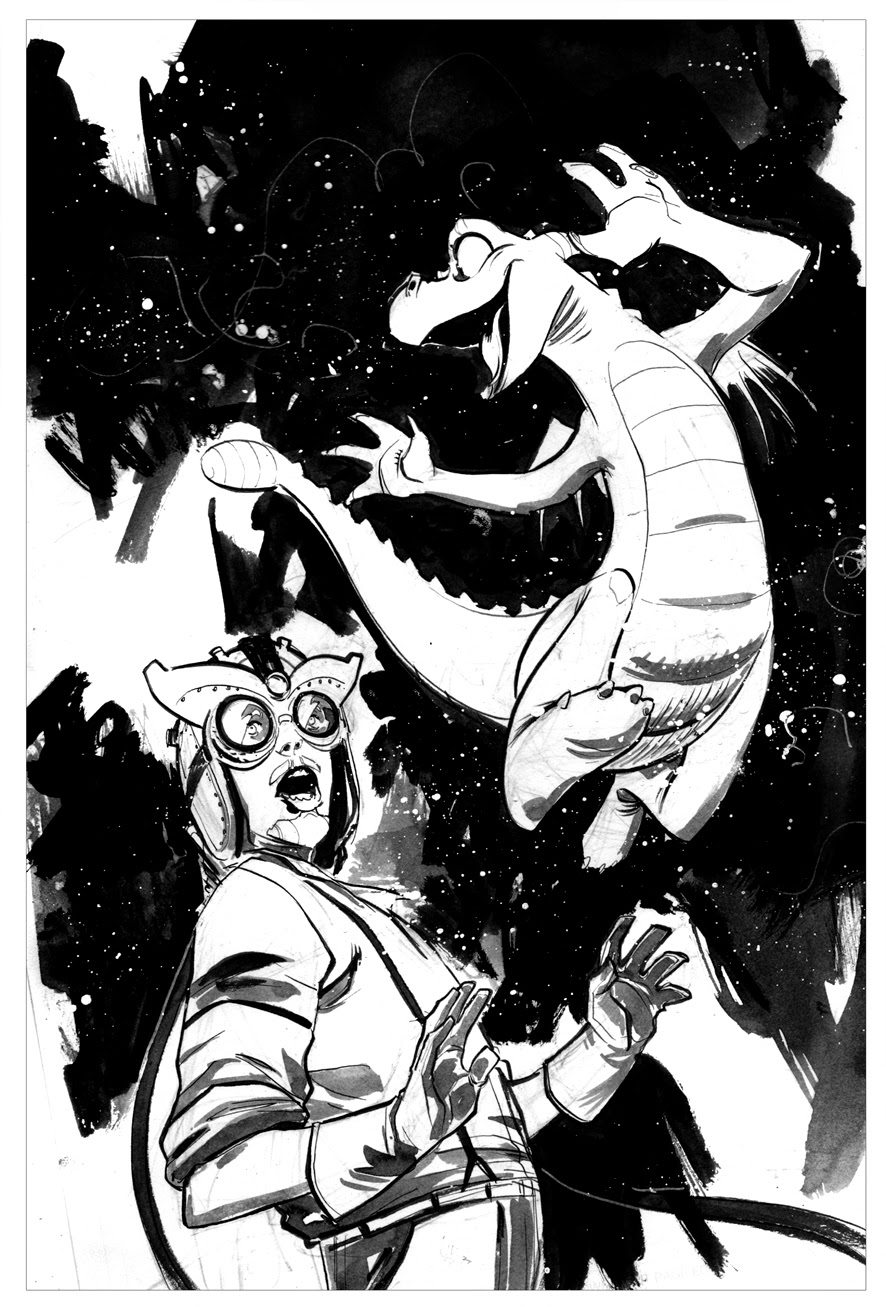 I was approached in December by Bill Rosemann, and he asked me if I’d be interested in pitching ideas for Journey Into Imagination. I put together three different possible concepts and the origin of Dreamfinder was the one that the Disney Imagineers and Marvel really keyed into.

JA: In doing research, which elements from the Journey Into Imagination attraction stuck out to you most as an inspiration for your writing?

JZ: Unlike most other rides, Journey Into Imagination really stresses that you are a creative person and your ideas can change the world, whether through science, literature or the arts. It’s entertaining but it also carries a deeper message about inspiration and creativity. That’s the core of the attraction and became the core of my story as well. 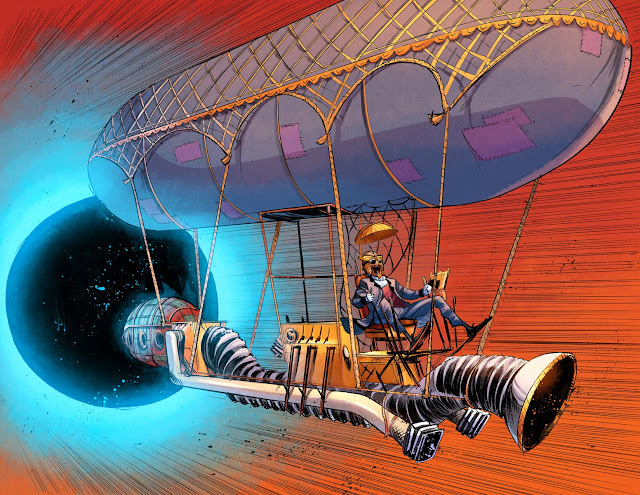 JA: Who did you partner with at WDI, and what kind of feedback did you receive about the initial pitch?

JZ: There were quite a few people at Disney Imagineering involved and giving steady feedback: Jim Clark, Brian Crosby, Josh Shipley, Tom Morris, and Andy Digenova. We also received feedback notes from former Imagineering head Tony Baxter and Imagineering Chief Creative Executive Bruce Vaughn.  Ron Schneider, one of the original performers who played Dreamfinder at Epcot, was very complimentary of the story and we’ve corresponded several times since the first issue came out.

Given the pedigree of the characters, I honestly didn’t know what to expect when I sent in my first story outline, but everyone at Disney and Marvel were extremely supportive throughout the process and gave great notes to make sure we hit the mark.

JA: What do you enjoy most about writing for these characters?

JZ: Dreamfinder and Figment are not passive characters. They don’t just wait for things to happen. They build their own success and go forth in search of adventure. I like that uplifting and intrepid approach. 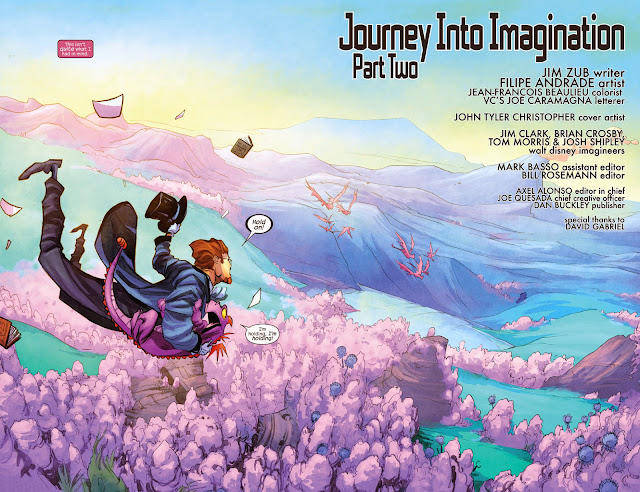 JA: If you could launch another series based around any Disney attraction in history, which do you think you'd enjoy most?

JZ: I joked around to the Imagineering team that I wanted to write a pitch for Ghost Galaxy, the version of Space Mountain that happens only at Halloween, but on further reflection I actually do think it would be neat to tackle.

JA: What kind of feedback have you received from readers of Figment so far?

JZ: The response from readers has been really incredible. Dozens and dozens of people have sent me photos with them holding the comic, or copies of the comic beside their Figment figurines or stuffed toys. Meeting Figment fans in person has also been a real thrill. Their excitement for the series and knowing that they feel it’s a worthy expansion of Dreamfinder and Figment’s story means a lot to me.

JA: How would you sum up the Figment comics with just three words?

JA: What originally inspired you to become a writer?

JZ: I was an avid comic reader growing up, but I didn’t start creating my own stories with gusto until I started playing Dungeons & Dragons with my older brother and cousins. Tabletop RPGs really sparked a desire for storytelling and that was fanned into a flame through high school.

JA: What are three comic books you would recommend as "must-reads"? 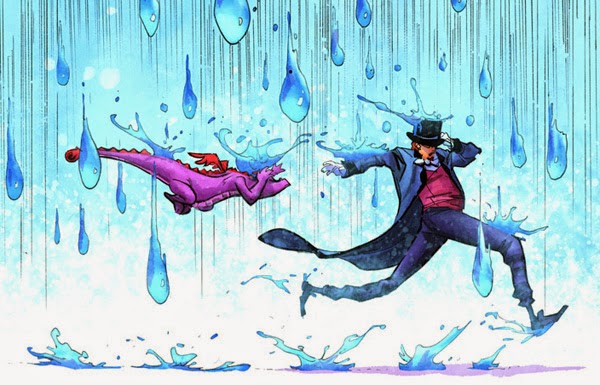 JZ: I could recommend dozens, but I’ll limit this to three recent comic series that aren’t super hero titles so it’s a bit more focused: Atomic Robo, Locke & Key and The Sixth Gun.

JA: If people want to find out more about you or your other work, where can they go?

JZ: I have my own website: www.jimzub.com and it’s jam-packed with information on projects I’m working on and convention appearances along with tutorials on how to write stories, pitch concepts to publishers, and break into the comic industry.  I’m also pretty chatty on Twitter.