"The Quintessential Scream Queen Mom: A Conversation with Dee Wallace" By Jason Anders 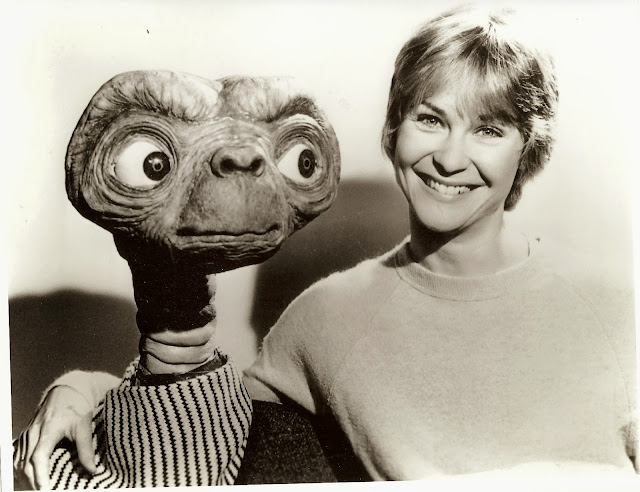 Having appeared in over ninety television shows and a hundred films, Dee Wallace is probably best known for her role as Elliot's mom in Steven Spielberg's 1982 film, E.T. the Extra-Terrestrial. The high school drama teacher found her way from Kansas City to the studio backlots of Hollywood delivering baked goods to casting directors which would lead to her first acting job... just one of the many stories she was kind enough to take time out her busy schedule to share with me.

Jason Anders: My first question is how do you have time for an interview with eighteen films currently on your roster?

Dee Wallace: Well, you just make time for the things you want to do and here I am with you!

JA: Do you remember your first job?

DW: I baked cookies to get on all of the lots. I was at Universal and taking my chocolate-chip cookies to Reuben Cannon, one of the few casting directors who came out and met me. He said, "come on in and let's talk!" As I was sitting there he was called to the set because one of the girls didn't show up - he turned around and looked at me and said, "what size do you wear" and I responded, "what size do you need?" So that was my first gig, playing the waitress on Lucas Tanner (1974). 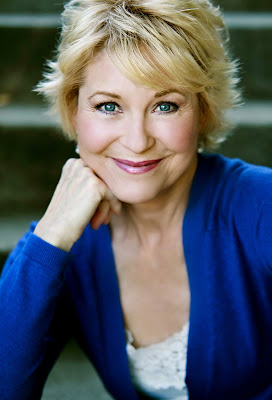 JA: Which is your favorite of all your television guest spots?

DW: Lou Grant in 1978 - I played on the "Hooker" episode - I had done some pretty good guest star appearances before, but this was really a tour de force role. The casting director from Blake Edwards' 10 (1979) happened to see it, and that's how I ended up in that film. It was just an amazing part with an amazing cast and director, and it led me into a really big feature film.

JA: Do you have a least favorite guest role experience?

DW: I do remember being frustrated on Ally McBeal (Buried Pleasures - 1999) because I was playing a lawyer and every time I would try and do something relatively dramatic the director would come up and say, "don't do anything, Dee. The cast are the stars of this show. The guests are not supposed to do anything." I had worked with the director several times in my career, and this time was a little frustrating.
JA: Yeah, because why bring in established actors if you aren't going to allow them to act?

DW: That's absolutely what I said to him! Why would they bring in one of the queens of the emotional world to come in and do nothing? But I guess, in a good way, I was a name enough to support the show... any work when you are an actor is a blessing, my darling.

JA: Who was the director on that episode, and what had you worked with him before on?

DW: Mel Damski - you're asking me to go back forty years! Mel and I have worked together three or four times on guest star roles. He was just doing his job, doing what he's told to do, and I thank him for remembering me and thinking enough of me to bring me in.

JA: Do you have a favorite character you've played?

DW: Oh yes, Donna Trenton in Cujo (1983). Stephen King loved the film and our interpretation of it. He was happy that we didn't kill the kid at the end.
JA: One of my favorites is your performance in The Howling (1981)...

DW: Joe Dante is just fun! That's the first word that comes to mind when I think of Joe. He's an incredibly inventive director. All of the cartoons and film clips on the television he purchased himself because the studio wouldn't cough up the money to do it. It was his idea to use all of the character's names and references from all the old werewolf movies. He was always creative and could just tap dance on the spot. He's still a good friend and I would love to work with him again.

JA: What to you is the most important aspect of the actor/ director relationship?

DW: Well I think the most important thing between an actor and director is respect for each other. Actors are children... and probably most directors are children, too - but there's a psychological way of working together that's a very important part of the creative process, and it begins with respect. Everybody works differently and needs different things to create the best performance that they can. I, again, have worked with the very best; Blake Edwards, Steven Spielberg, Joe Dante and Peter Jackson. Lewis Teague literally walked on two days into the shoot of Cujo and took over the direction and did an amazing job. I've often thought that Lewis should have been given a lot more breaks in the business. I've really worked with the best of the best.
They all allow me to do my work in the way that I need to do it. I think that's really important for so many of the young directors who are learning, who may be afraid that they are not going to be able to maintain control on the set. They don't realize that you have to give an actor their creative freedom so that they can bring their own creative ideas, improvisation and emotional take while following the careful direction and vision of the director.

If you put a box around an actor you won't get as good of a performance. That's where television falls down. In my perspective, we have so many writers and producers in television that it's really become almost too sacrilege. An actor can't paraphrase or bring in any kind of creativity, and I think it suffers. I think the whole project suffers.

DW: Oh yeah, I had a great time killing everybody! (laughs) It was such a beautiful, phenominal arc for an actress - going from who you think was the victim to a maniacal killer. You know, before E.T. I played a lot of psychos, hookers, alcoholics and crazy drug addicts. Once E.T. hit, for the next fifteen years I became the quintessential mom. It gets old! 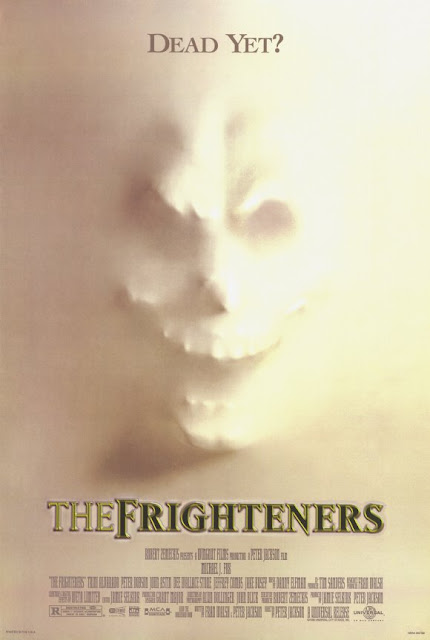 JA: That being said, how did you feel about playing Laurie Strode's mom in Halloween (2007)?

DW: That was a no brainer. And I knew that Rob Zombie was bringing all of us in to pay homage to our careers. Dude, who doesn't love Rob Zombie? You're not going to talk to anyone you ever interview in this world who doesn't love Rob Zombie. He's just the best. He's a great person, beautifully down-to-earth, very available to everybody and a really great director. I love the way he directs, he lets you start with the script and then improvise, encouraging you to bring in whatever your creativity sees in the part. Everybody just has a lot of fun, and that's how he gets that real in-the-moment feel... that, and three hand-held cameras. It's a great way of directing and I loved it.

JA: What did you think of the film?

DW: I loved all of it! It got a little graphic, but that's just me. Everyone kept saying "the remake" but I lovingly refer to it as a "Rob-make." He went back and explored how it all took place and how it happened. After everything we've seen, you couldn't take the original and redo it. You just couldn't. We've come too far and have seen too much, we've explored too many avenues with violence. I think everybody is just looking for a way to ditch any remake, and justifiably so in most cases, but not this one.
I also love the girls. Scout Taylor-Compton and I have become very good friends - we do a lot of conventions together and we're going to be at Fangoria over the Halloween weekend in Vegas. We spent many nights on that set singing to the top of our lungs at 3 a.m. sitting on the doorstep. She's a great girl and extremely talented, as is Danielle Harris. I didn't get to really work with Danielle that much, but I know her from doing a lot of the conventions together - she's a very smart, very "with it" lady who knows who she is and what she wants. I'm blessed and always have been to work with young people who are extremely talented.

JA: What are your favorite performances you've seen on film?

JA: What originally inspired you to go into acting?

DW: My mother was a wonderful actress in Kansas City, and I watched her one Easter give a thirty-minute reading called "The Crucifixion." I looked around and the place was packed, everyone was crying. I just thought, "wow, my mom moved all of these people." I'm sure I was an actor in one of my past lives because I came in dancing and acting, as did my daughter. She's just a chip off the old block. Maybe we were in vaudeville together. 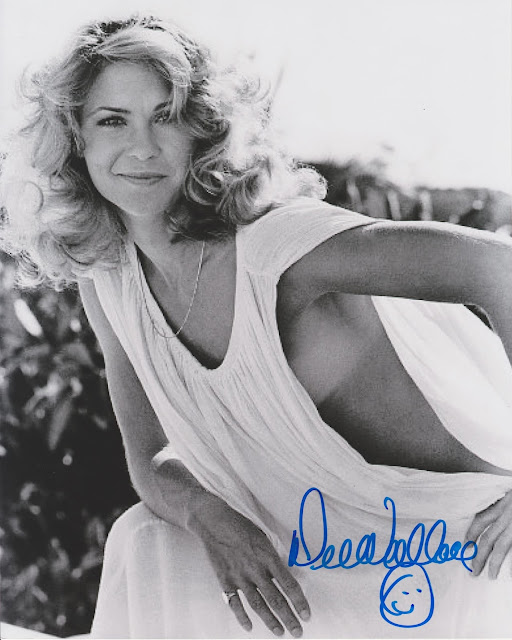 JA: So it looks like your daughter is pursuing the same dream?

JA: What was your reaction to her interest in the same career?

DW: You know, Jason, I just want her to be happy. I want her to be fulfilled and give back to the world. You can give a lot back as an actor. I've given her advice before that her dad gave me - I remember when I got the reviews for The Howling and was so excited just saying,"oh my God, they love me!" He just looked at me and said, "honey, if you believe the good ones then you've got to believe the bad ones." I said to her, "you're the only one who will ever really know, so you have to judge yourself. You have to be true to the integrity of who you are." I really think that's the most important thing in life, in any profession that you go into - to meet your own integrity.

JA: If you had to sum up your life with just one word, what would it be?