#39. A Conversation with Kelli Baker 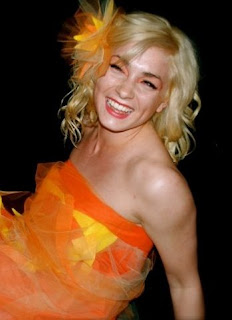 JA: So let's start with the point in your life that you decided to start working professionally as a dancer- your mother, Bonnie Story, is an Emmy Award winning choreographer, and your sister Bayli is also a dancer and has been at your side throughout various projects, including your first film appearance in 2001, as well as High School Musical and its sequel; do you remember what originally served as an inspiration to dance professionally?

KB: No, dancing professionally just seemed like it was the obvious choice for where I wanted my life to go. I've always loved dancing, ever since I was three years old dancing in a movie called Little People's Ballet, and I just never stopped loving it! Watching my mom, it just seemed natural and right for me to fall into the profession.

JA: In 2006, you appeared in the film High School Musical under the direction of choreographers Kenny Ortega, Charles Klapow, and Bonnie Story; first off, how did you become involved in this Disney Channel Original Movie, and what was it like working alongside your sister- with your mother being a lead choreographer? 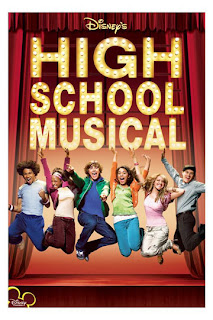 KB: Working in all the High School Musical movies was just so amazing. I will never forget my experiences and all the things I learned. I just remember hearing my mom say she had been asked to choreograph a movie with Kenny Ortega, whom I had met earlier during the Olympics in Salt Lake City because my mom had worked with him then as well, and she said there would be a chance I could audition to be in it too! I was super excited, and it just worked out! I'm very lucky to have been able to do it with my sister and my mom.

JA: Tell me about the two weeks of dance rehearsals you went through in preparation for the film, and also what it was like to be working for Disney alongside this cast.

KB: Oh, it felt like it was definitely longer than two weeks! It was an insane process. Long days and longer rehearsal hours. It was hard, but what good things aren't? Working alongside the cast was pretty crazy, but they weren't really full-blown "celebrities" as of yet, and so we didn't really act like they were in some other league. Everyone was really great, and we all became really good friends. 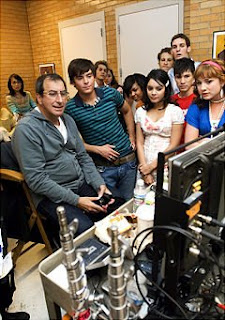 JA: In the 24 days it took to film High School Musical, how often were you on the set, and also, tell me about your fondest memories of working on this movie, the friends you made while there, and what it was like to work with Kenny Ortega and Charles Klapow.

KB: Filming is probably one of my favorite things to do. I love it so much! We were constantly on the set. Our days were easily 12-16 hour days, and sometimes ran even longer. Working with Kenny is amazing, he's such a wonderful man, and Chucky is a character! So funny.

JA: Do you have an all-time favorite musical?

KB: Oh man, I love musicals; Guys and Dolls, Chicago, Wicked, Singing in the Rain, any of the classics. I love old movies, totally a good time. Oh, does Enchanted count? 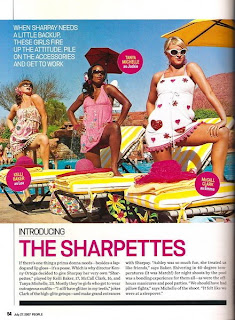 JA: In 2007 you would return to the Disney cast for High School Musical 2, appearing as 'Lea', one of Sharpay Evans' "sharpettes"; what was it like working with Ashley Tisdale, and how much involvement did you have on the set of this film during its five weeks of shooting?

KB: This was my favorite movie to be a part of out of the three. It was so much fun! Ashley is awesome, and we would go get our nails done, go shopping, and go tanning. We totally grew as friends on the set and off, and I was there on set constantly. We did a lot of night shoots too, where we'd go from seven at night to nine in the morning... and sometimes go right into another shot. It was long sometimes, but so amazing. I'm just so lucky.

KB: I just loved getting to know everyone and being on the set. I remember nights where Ash and us girls just could not quit giggling because we were so tired. It was so much fun, and I learned a lot by working with the people in that enviornment. You learn quickly about how to work as a professional, and mature as a performer. You have to be respectful, but know how to have fun while doing it. Some people can't get a grasp on that, and you can see how it affects their career. People that don't want to work with you ever again- won't, and that sometimes can make or break your career as a dancer, or an actor. 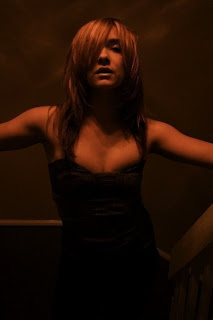 JA: In 2008 you auditioned for the hit series So You Think You Can Dance, earning praise from the panel of judges, and even making it through the entire Vegas week; what was it like competing on this series, and also, who inspires you as a dancer?

KB: Oh man, that was so amazing! I learned a lot those couple of weeks. To be there and receiving that praise from them was just insane. I couldn't believe it was happening to me. I had such a blast meeting everyone and figuring more things out about myself, and it helped me to mature in ways that I didn't realize I needed to. It was a wonderful experience, exhausting and hard, but great.

JA: You also appeared in the MTV movie American Mall, as well as in one of Vanessa Hudgen's music videos, Sneakernight; tell me about your relationship with Vanessa Hudgens and how you ended up appearing in her video, and also, what prevented you from appearing in High School Musical 3: Senior Year with your sister, Bayli?

KB: Working with Vanessa in her video was so much fun! Chucky was choreographing it, and they had it cast but needed a "funky-white girl", and so they asked me to come in and audition for the producer- and I got it! It was a blast. Vanessa is a sweetie. 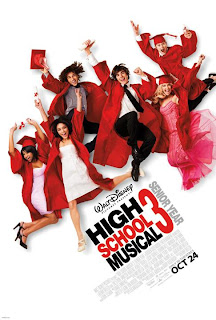 American Mall was really fun to perform as well. We actually filmed Survivor on Valentine's Day, which was so much fun. A man-hater dance on Single Awareness Day. It was perfect! The reason I wasn't in as much of HSM 3 was because of So You Think You Can Dance. I knew that if I went to Vegas week, I would have to give up my spot as a principle dancer, and I was really conflicted. I talked to Kenny about it though, and he said that I should go for it. I already had the experience of the HSM movies, and if the show didn't work out there would always be a spot for me in the film- so it just kinda worked out, I got the best of both worlds. I got to audition and see how So You Think You Can Dance played out, and then after that I still got to come be a part of two of the musical numbers in HSM3. (I Want It All and the last graduation number).

JA: Having already achieved so much at such a young age, what ultimate goals do you have for yourself as an entertainer, and what can we expect to see next from you? 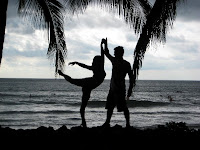 KB: Well, I am about to start working on a new show for Cirque de Soleil starting May 29th. My mom is a part of that too, and I cannot wait to work with her on it. It is going to be a life-changing experience. That lasts two years, so I'm not sure what I want to do after that. I love acting and would love to try and persue that while I keep dancing. Who knows? Whenever I try to plan out my life, it never goes the way I plan. I've just given up on trying to guess, and am just going to go with my heart and see where that takes me!
Newer Post Older Post Home