#41. A Conversation with Lana McKissack 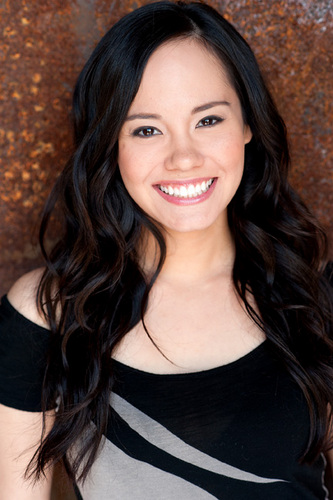 Jason Anders: In 1995 you starred in Robert Rodriguez's segment of the film Four Rooms- how did you arrive at being cast in this picture, and how much do you remember of the audition process?

Lana McKissack: I remember it well. I was told that Robert was looking for a Latina actress, so I couldn't help but wonder why my agent was sending me out for the part. I also had a hard time with the dialogue because I was quite a good kid and felt uncomfortable saying bad words. My parents informed me that cursing doesn't count if you're being paid to do it. I actually had to go through about four callbacks before I finally got cast. From what I recall, Salma Hayek was originally supposed to play the role of the mother and they ended up going with the gorgeous Tamlyn Tomita. I think it's hilarious that an Asian woman and a Latino man produced one Asian child and one Latino child. 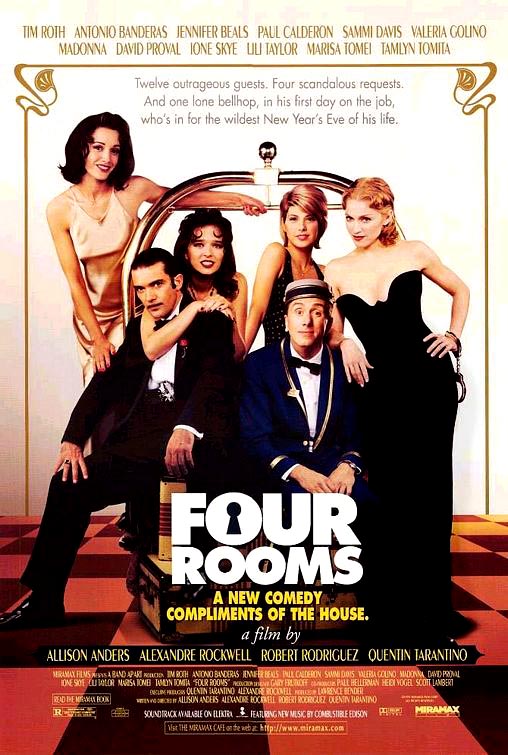 JA: Do you remember what originally inspired you to act?

LM: I was a very outgoing child so my parents got me started early on. I did my first commercial when I was two years old- I think it was for Toys "R" Us. I really loved acting so my mom and dad enrolled me at the Lee Strasberg Theatre Institute when I was five. I had a blast! After taking some classes, I got cast in several more commercials and had a few guest starring roles before Four Rooms came along.

The day that the script was sent to my house, my dad had just come back from a business trip and had no idea that I had gotten the part. He was walking by my room when he heard me yelling at the top of my lungs and cursing up a storm. I was reading the whole script out loud and had just gotten through the second segment when he burst through the door wondering what was going on. Nothing freaks a father out more than hearing his ten-year-old daughter screaming about guns and hypodermic needles.

(EXCERPT FROM ROGER EBERT'S REVIEW OF THE FILM)-

"The best of the four films - and it's very funny - is Rodriguez's The Misbehavers. It opens as Ted (Roth), the bellboy, checks in a Latino tough guy (Antonio Banderas), his wife (Tamlyn Tomita), and their two small kids. Banderas is hilarious in a parody of his usual macho stud role (I like the way he kicks the elevator button and folds his wife into his arms in the same smooth motion). But the fun starts after the couple head out to celebrate New Year's Eve and ask Ted to baby-sit. He is stern with the children, uttering dire threats if they do not behave. Not only do they misbehave, but they do it so comprehensively that there's one shot (I won't say more) in which they seem to have gotten into all possible varieties of trouble simultaneously. And that's before the dead body turns up. This is slapstick on a grand scale, acted and edited with perfect comic timing, and it makes me want to see a Rodriguez comedy."

JA: How did being involved in this movie impact your life, and how much of being on the set do you remember as a child? 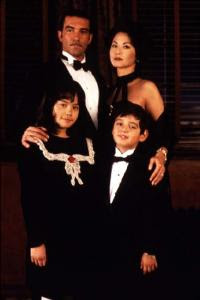 LM: Filming this movie was one of the best experiences I've had so far. It only took two or three weeks to shoot and yet I learned so much from being on that set. Can you imagine doing your first feature film and working with Antonio Banderas and Tim Roth? Not to mention all of the other huge actors that were involved. What can I say? I got really lucky.

I have a lot of memories of being on that set. Danny Verduzco and I spent several hours a day with our tutor and several hours shooting. All of it was ridiculously fun. We would play around and Robert would incorporate our little mannerisms into the movie. The quick shots of me cracking my toes and Danny sucking on his were actually things that we did in real life that Robert edited in. I just remembered the first time I saw Danny sucking on his big toe while we were waiting for a scene to be set up. I thought it was so disgusting. Ah, the memories!

Robert was an amazing director. He comes from a family of nine siblings, so he was really incredible with kids. He was always very clear about what he wanted, but he also gave us so much room to play around. And he was extremely generous. After we wrapped, Robert and his now ex-wife Elizabeth (who is the kindest person you will ever meet), took Danny, his brother (who played the little kid in Desperado) and me on a huge toy-shopping spree. Nothing was off-limits! Let me reiterate... I was a very lucky kid. JA: Do you have a personal favorite moment working so far working in the entertainment industry?

LM: Hmm... I've actually had a lot of favorite moments in my life thus far. I suppose one that sticks out is singing an entire solo song for thousands of people inside the Sydney Opera House for the 2000 Olympics. That was pretty damn cool.

JA: Do you feel like your time spent at UCLA has helped you improve as an actress?

LM: I was in the Ray Bolger Musical Theater Program for four glorious, strenuous years! UCLA was amazing. I can't say enough good things about my experience there. I stayed on campus for my first two years and literally lived and breathed theater. When you're in that program, you start your day with 8 a.m. Tai Chi and have class continuously through 6 p.m., at which point you get an hour break before rehearsal starts for whatever show you are involved in. By the time you get home at 11:30, you want to crawl into bed but you can't because you're in college and someone is always dragging you to a party. And then you still have to study for that stupid Anthropology midterm. I didn't sleep much in college. 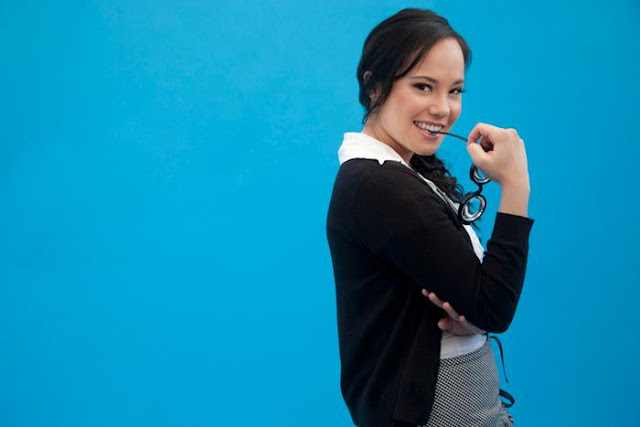 The theater program at UCLA is a BA program, not a BFA, so you are still required to take a million GE's in addition to all of your theater classes. And let me tell you- theater classes are much more rigorous than people think. Our week consisted of daily dance classes (in ballet, tap, jazz and music theater forms), voice lessons, six hours of acting class (which didn't include the rehearsal time that we had to fit in somehow), sight-reading classes, music theory, theater history, voice and speech, tai chi, movement, audition preparation and many more that I'm forgetting. Yes, we received an unbelievable amount of training, but the most valuable thing that I learned in college was self-confidence. I've never had a huge problem with that, but being in such a supportive environment with the ten other people in my graduating class really made me understand how unique and valuable each of us is. Getting my degree was the most challenging thing I have ever done, but also the most rewarding. I look at my diploma every single day and I'm really proud of what I accomplished. Okay, I'm getting really nostalgic. Time to move on...

JA: Your most recent project was Exit in 2003, do you have any aspirations to return to acting in film or television?

LM: I do, actually. I stopped acting for a little while to focus on school, but then I ended up getting a recording contract in Japan with Sony Records, which pulled me into the music scene for a few years. Since college, I've mainly been doing musical theater, but I recently re-signed with my childhood agency (Coast to Coast Talent Group) and I'm working my way back into film and TV. I'm actually going to be shooting a short film next month. Also, I'm keeping my fingers crossed on a couple of projects that my voice-over agent is trying to work me into. She rocks! 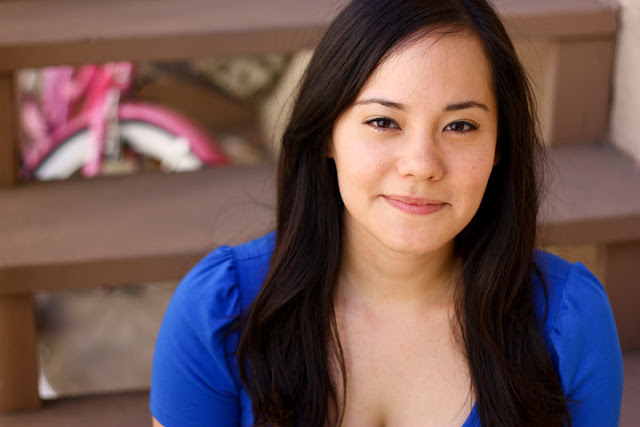 JA: Who inspires you as a performer?

LM: Mariah Carey. Don't judge me. I love her.

In terms of actors, I love Kate Winslet, Rachel McAdams, Edward Norton, Johnny Depp, Paul Rudd, Ewan McGregor and Leonardo Dicaprio. I think that each of them is unbelievably talented and versatile. Oh, and the cast of Arrested Development really inspires me. That show is absolutely perfect.

JA: What are your favorite movies AND musicals? 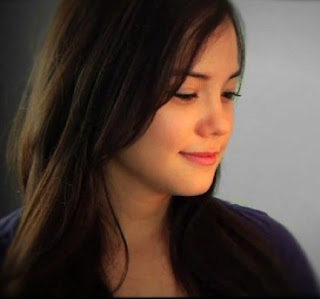 LM: I'm working on that short film and hopefully some voice-overs. I also am writing a lot of music these days, both for myself and for other artists. I'll probably post some more originals on my YouTube channel as soon as they are finished. I'm taking a hiatus from musical theater to focus on film and television at the moment, but at some point I will definitely be going back to my theater roots.

JA: What are your thoughts on Four Rooms looking back at it today? 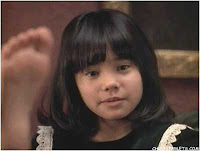 I actually haven't seen Four Rooms in a very long time. I watched part of my segment when I was putting my reel together recently, but I really should watch the whole movie again. I think it's very interesting how much of a cult classic the film has become. As you can tell from my list of favorites, it isn't really the type of movie that I would typically be into, but I do enjoy receiving random Facebook messages from people who really liked it. I can always tell when Four Rooms has aired on TV because I get a sudden influx of MySpace comments from people who want to know what I look like now that I'm all grown up. Occasionally I get requests from those with foot-fetishes who want to see if my feet have aged well. Yes, I'm serious.

JA: What is it you love most about acting, and what do you feel is the most valuable lesson you have learned so far in the business?

LM: I love having the freedom to indulge in my creative fantasies. I find acting to be really cathartic. If I'm having a rough day, sometimes I pull out a dramatic play or monologue and I scream and cry out my anger and sadness. It bleeds over into my every-day life as well. If you were to sit and listen to a conversation I'm having with my friends, you'd probably be incredibly confused because we rarely ever say anything serious. Even when we aren't meaning to, we are almost always acting. 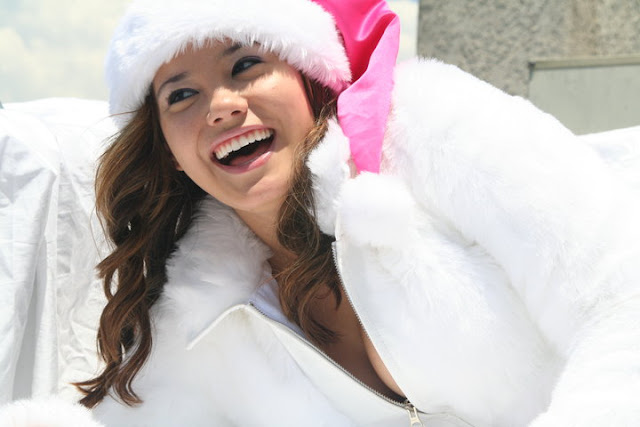 The most valuable lesson I've learned is one that every UCLA theater graduate will have heard a million times: "Trust that you are enough." Trust that your instincts and training will be enough to get you to wherever you need to go. Being an actor can be incredibly scary. You have a million people competing to be successful in an industry that only has room for a handful of steadily working actors. You are constantly making yourself vulnerable and exposing the most intimate facets of your personality, and having to be judged all the while. I try to remind myself that at the end of the day, it is just me out there so I'd better be my own biggest supporter and trust that I am enough.