"A Conversation with Randal Kleiser" by Jason Anders 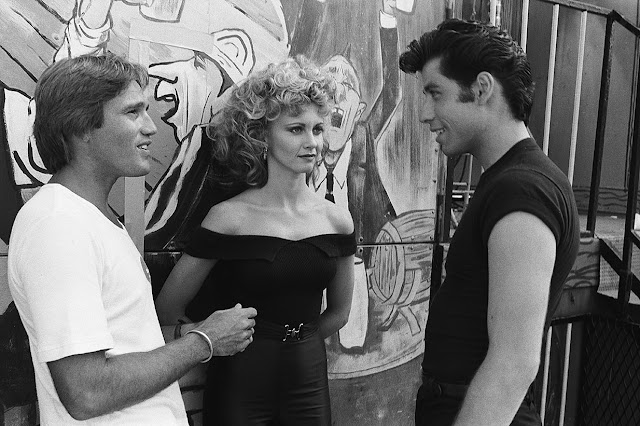 Jason Anders: You've been quoted as saying that you would love to do a hard-edged picture, but because of Grease you became typecast into doing funny, uplifting films.

Randal Kleiser: Breaking the typecasting is difficult for any industry member. I have been developing projects in various genres I haven’t yet explored. A teen thriller, a period drama, a sci-fi romance, and several others.

None of us had any idea Grease would be a hit when we were making it, and certainly had no inkling it would still be popular after over thirty years. It was a lot of fun making it and one of the reasons is that the studio didn’t have huge expectations and left us alone. They were focusing on other movies in production at the time, Heaven Can Wait with Warren Beatty and Going South with Jack Nicholson. Looking back at Grease now, I see it’s roughness and flaws, but they kind of work for the type of movie it is.

JA: Is there any truth to John Belushi at one point being considered for the role of Richard in The Blue Lagoon?

RK: No truth. Is that rumor a joke? The first cast was Willie Aames and Diane Lane, but they backed out because of the nudity. I ended up using a body double for Brooke Sheilds, who was too tall to play opposite Willie. 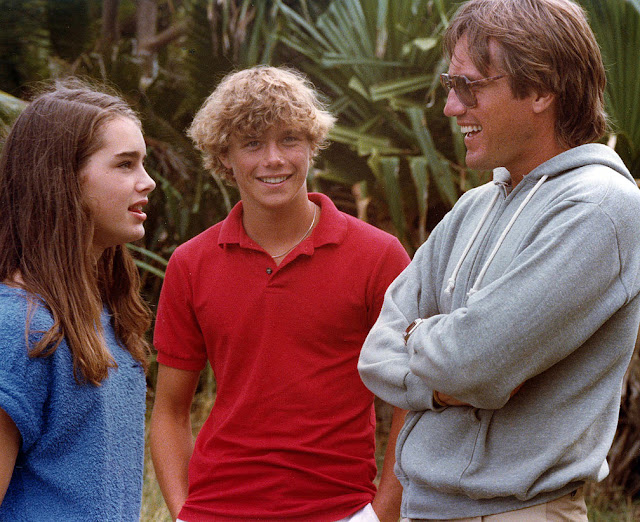 JA: How would you compare your experiences directing Grease and The Blue Lagoon?

RK: Grease was an exciting whirlwind, a stage musical with so many opportunities in the adaption process… which numbers to keep and how to stage them. I enjoyed being surrounded by some of the original cast members and Pat Birch, who choreographed the play. It was a team effort in a circus atmosphere. Shooting The Blue Lagoon was a completely different experience, with a hand picked Australian crew living on a remote island with no roads, electricity or water. It was like an extreme summer camp, and I was the head counselor. We became like a family and formed close bonds with some of the local natives, who serenaded us when we left, leaving many in tears.

RK: During the Blue Lagoon publicity tour I heard about the summertime international youth scene in the Greek islands and decided to check it out for a potential movie idea. In the late summer of 1981, I wrote the story while exploring Santorini and Mykonos. The shoot was like a vacation, but with the normal stress of making a movie. At first, the actors seemed awkward with the nudity, but after being around the hundreds of nude beach goers, they loosened up. Valerie Quennessen was very free, and her presence also helped Darryl and Peter get into the mood. 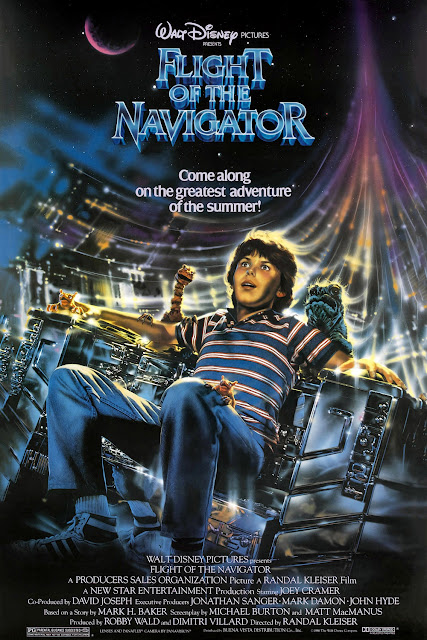 JA: I grew up obsessed with your film, Flight of the Navigator.

RK: I was brought in by Disney to direct Flight of the Navigator, so it was an assignment and not something I developed. It was a co-production between Disney and Mark Damon’s international distribution company, so I was given notes from two sources. Disney wanted a family sensibility and Damon wanted an action movie and I was caught in the middle. The compromises made the movie better.

After Flight of the Navigator I was asked to direct White Fang, Honey, I Blew Up the Kid, and the 3D attraction for Disney theme parks, Honey, I Shrunk the Audience. My dealings were with Michael Eisner and Jeffery Katzenberg, who were great supporters. It was a great time at the studio.

JA: And before producing more projects for Disney you would would return to Paramount to direct Big Top Pee Wee...

RK: Paul had done the voice of the robot in Flight of the Navigator and we worked well together on that. I knew he had very specific ideas of how he wanted to do Big Top Pee Wee and I basically tried to help him realize his vision. Working with the large and varied numbers of animals was a great challenge. To get a pig and a hippo to interact without the hippo eating the pig was tough. We borrowed Michael Jackson’s giraffe, and at one point it got loose and started up a freeway ramp. Stunt guys on horseback raced up the ramp and lassoed the animal and brought it back. Would not like to have made that call to Jackson. 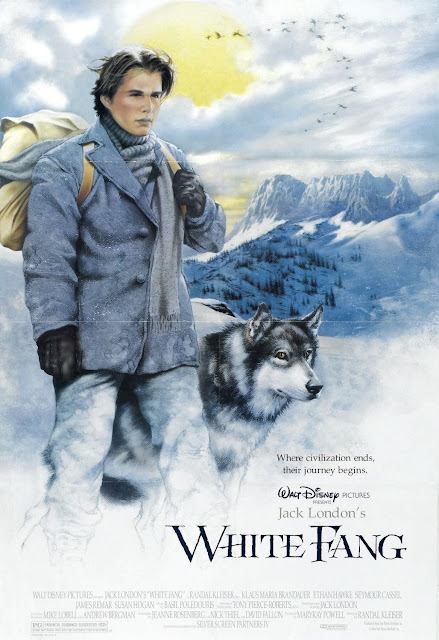 JA: What was your experience directing the 1991 film White Fang like?

RK: We filmed at a remote location in Alaska, so the studio was not as involved as they normally were. The concept for adapting London’s novel was interesting. The book is told from the wolf’s point of view, so we made the movie about a Jack London based character who goes to Alaska and had adventures that later are the basis for the book.

RK: At first I wasn’t interested in directing a sequel to another director’s film, but Katzenberg wanted to replace the original director who he felt was going to go over budget. He promised me a “movie with a brain” if I did this one. Unfortunately, he left the studio before he could deliver the promise. 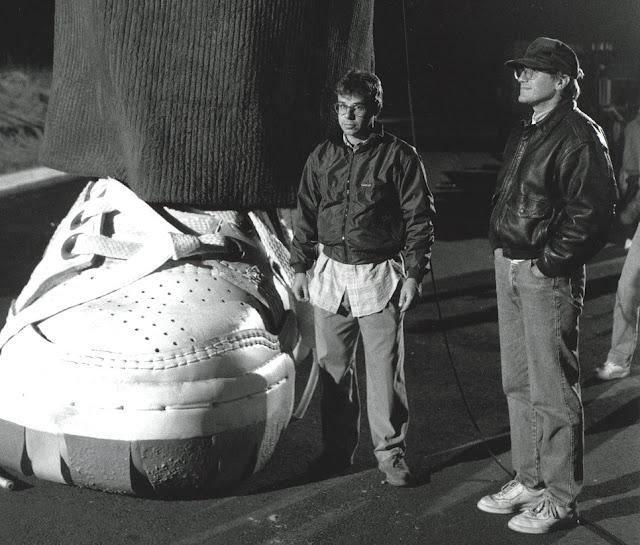 My favorite part was closing down Las Vegas’ downtown area for 10 nights to shoot with a thousand extras and tremendously huge baby shoes on cranes “walking” down the middle of the strip.

JA: A project I have always wanted to ask you about is Honey I Shrunk the Audience...

RK: Katzenberg knew I loved high tech special effects and gadgets, and came to me with the idea of shooting in 3D with 70MM cameras. I jumped at the chance to work in this medium. The Imagineering department had done many tests before I came on, so I watched them and came up with some ideas for more. The show was conceived to be in real time and real size, with no breaks, but we needed to find a way to shoot in sections for the camera load length and other logistical considerations. We came up with the idea of several “power outages” that plunged the set into darkness and hid the cuts.

JA: Tell me about the challenges you faced directing for 3-D- also, what it was like to work with Eric Idle, and how did Katherine LaNasa arrive at being cast in her role?

RK: The rig was two 65MM cameras linked together and about the size and weight of a refrigerator. Luckily, it remained stationery for most of the show, but there is a moment when the boy picks up the theater and carries it. To shoot this, we had a winch and crane holding the camera rig with chains and the operator guided it through the path. I can’t imagine shooting a regular story with this rig.

Eric was a dream to work with and I was a huge fan of Monty Python. It was surreal to be directing him after watching so many of his films. Katherine LaNasa was not known at the time we shot this, and she went through the normal casting process and was chosen for her reading.

JA: Do you have any projects currently on the back burner?

RK: So many. All ready to go. I don’t talk about them though, because of bad luck.

JA: If you had to sum up you career so far with just one word, what would it be?