#72. A Conversation with Shauna Cross 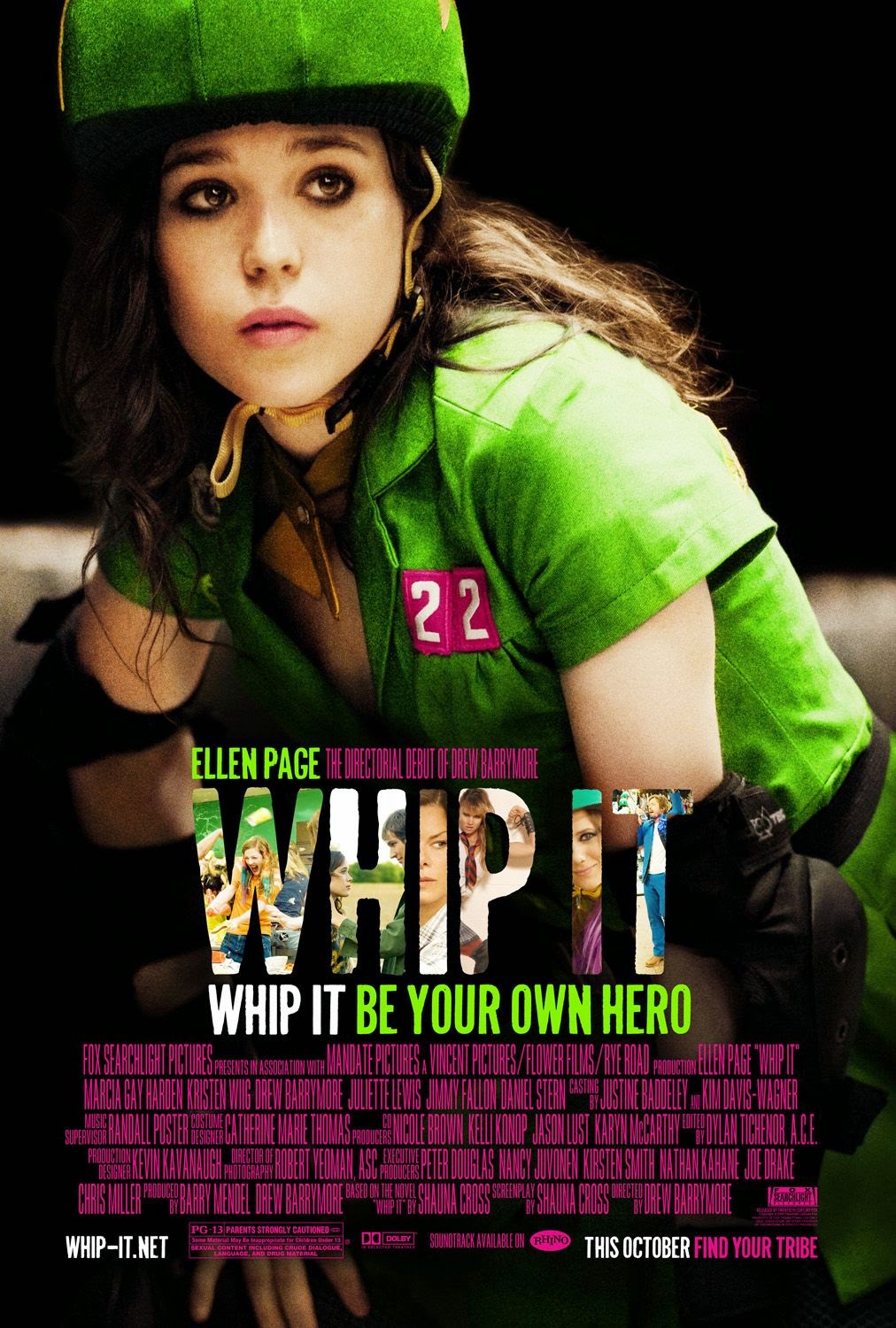 Shauna Cross is many things- Author. Screenwriter. Roller derby athlete for the Los Angeles Derby Dolls? Yes, she's that too. In fact, her book Derby Girl was inspired by her time spent under pseudonym Maggie Mayhem in L.A., and that book would eventually become the screenplay for Drew Barrymore's directorial debut, Whip It. Shauna was generous enough with her free time to answer a few questions about writing, favorite movies, Ellen Page, and other cool things like that.

Jason Anders: Before writing Derby Girl you were already a screenwriter- how did you become involved in the industry, and do you remember what originally inspired you to start writing?

Shauna Cross: I always loved movies and was always writing, even in junior high - mostly journals and stuff. Eventually, as I entered college, I put the two together. But even as a kid I loved to observe and tell stories.

I went to film school at UT, then made my way to Los Angeles after. I knew I wanted to write and had one crappy "starter script" from college. But it wasn't until I got to Los Angeles that I got serious. I wrote a couple of little family comedies- I somehow thought it would be easier to break in that way. That was optioned and got me paid here and there. But it wasn't until I wrote my book, Whip It, that I stopped trying to be what I imagined other people wanted. I just became myself as a writer, and that's when it all kind of took off-ish. I'm still taking off. But I'm definitely on the runway.

JA: What do you love most about writing? 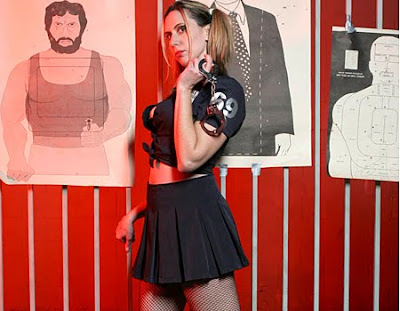 SC: I love that every time you start a new journey with a character and their world, you become them, you live them. To me, it makes life very rich and never boring. And I like the idea that when you create something, in any art form, it's here even after you're gone. Art is a kind of immortality. It's comforting.

JA: Tell me about your experience working with Drew Barrymore to bring your writing to life- what was she like to work with as a director? 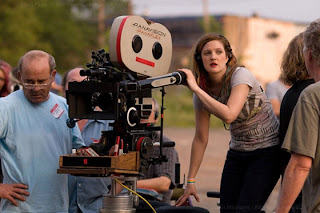 SC: Drew's cool. I always say she's as normal as one can be with that level of fame- if it were me, I'd find it paralyzing. But she's grounded, self depreciating, damn smart, curious, passionate, sharp, funny, and a hard worker. She really connected to a lot of the themes in Whip It, and we worked a long time on the script to make those very personal feelings hit in the ways she needed them to. That's what you want from a director. You're handing off your baby for them to raise, and you want them to love it as their own so that it can become their own. And she really did that.

JA: What are your fondest memories of being involved with the production of Whip It? 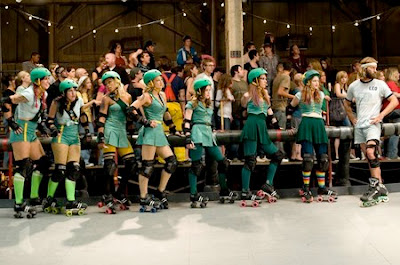 SC: Well, I wasn't there for the whole shoot because I had a baby right as we were going into preproduction. But when I first showed up on set at the roller derby warehouse and saw the whole thing, with all these props that I had dreamed up and written down, they were all made and here in person. That was surreal... in a good way. And just watching the cast take on the characters- that was an embarrassment of riches.

JA: Share your thoughts and feelings on the completed film, and on the actors who brought your characters to life. 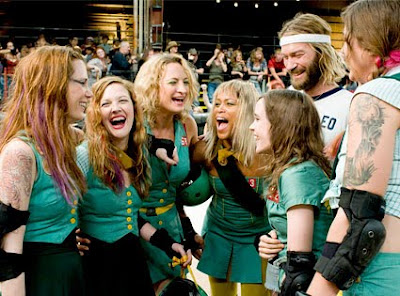 SC: I love the film, I'm very proud of the film. I think it has a great authenticity - the world and the emotions. But we owe a huge debt to the cast who I feel really nailed it. It's just a goody-bag of casting gems, and every one is just as lovely off screen as they are on.

JA: What are currently your top five favorite movies?

SC: Of all time? Sheesh. One time I tried to name my favorites and stopped at 100. So, for today, my five are:

Touch Of Evil
The Lives Of Others
Raising Arizona
Election
Breathless

I'm a total film nerd. I really fell hard for movies in high school and I love everything - old, foreign, sci-fi, comedy- if it's good, I'm there.

JA: Which writers in the industry currently intrigue you the most? 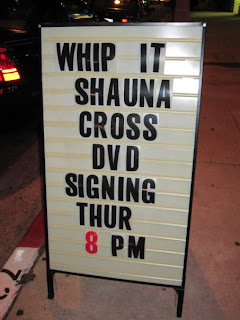 SC: Quentin Tarantino - Inglourious Basterds reignited my simmering flame. He just lays it all out. And what I love is that he is still just as geeky and passionate as ever. He's not over it, he's not too cool for school, he's not repeating himself, he's still totally lit. I find that so inspiring.

William Monahan is a badass.

Susannah Grant - the Erin Brockavich script is amazing; she elevated it way beyond the movie-of-the-week thing it could have become. And she fought for that job, which I admire.

Michael Arndt - I adored Little Miss Sunshine. I want more of his movies.

And there are a lot of modern funny chick writers -- Dana Fox, Diablo, Melissa Stack, Megan Parsons, Daley Haggar, Liz Merriwhether (just to name a few). I'm excited to see where everyone goes in their careers. The ladies are bringing it, and it's about damn time.

Stacey Menear - he wrote a script called Mixed Tape that was on the 2009 Blacklist. It was pitch-perfect in a touching, hilarious, effortless way. I have a big writer-crush on his work. 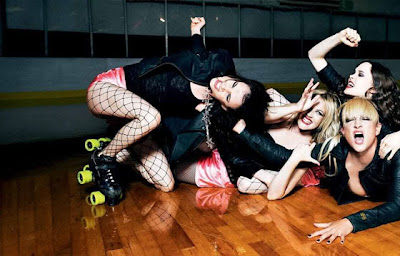 Honestly, as I get to meet more and more working writers, I'm inspired by more than I could ever name. There are a ton of people I look up and out to. That's one of my favorite parts of the job, meeting other people who do it too. Allies in insanity.

JA: What is the best piece of advice you have received on surviving in the entertainment industry?

SC: "It takes ten years to be an overnight success." I was getting paid to write four years in, and had a movie finally made seven years in. So I feel like I'm doing okay. But, really, everyone has their own path and that's part of the journey. Just keep your head down and do the work. The work is all that matters. If you're good, you will be found. And, for me, I'm madly in love with writing and just useless enough at everything else that I didn't really have a choice. A real career is not about one script. It's about what comes next, and next, and next... You have to keep executing. 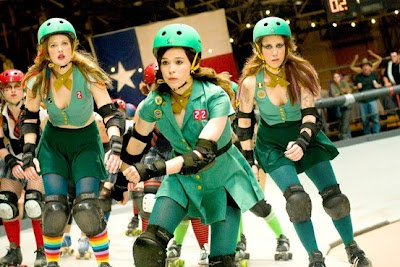 Also you should read as many scripts as you can get your grubby little mits on, especially when you're starting. Real writers are serious readers.

JA: If you had to sum up your style with just one word, what would it be?

SC: Bittersweet - it's my favorite emotion. I'm exuberant and I love a good laugh, but I like things to hurt a little too. As long as it has a dash of that, I'll write in any genre.
Newer Post Older Post Home