It was 1991 and I was nine years old. I had recently put on my first pair of glasses when realizing just how blind I was after a visit to the eye doctor. One of the first things I remember clearly seeing was a poster in the window of Spencer's Gifts for "The Ren & Stimpy Show." Ren Höek was not even recognizable to me as a dog (or asthma-hound Chihuahua, to be specific) and I wasn't even entirely sure that Stimpy was a cat. The art style felt rebellious, even though there was nothing of controversy happening on the poster - in fact, what exactly was happening on this poster? Ren was wearing a metal helmet and pointing (with his abnormally large finger) at his gargantuan smile while Stimpy was gleefully aiming a small remote control directly at his head. The Nickelodeon splat accompanied the phrase "Happy Happy, Joy Joy!" - I'd never seen anything like it before. I fell in love with the show before ever even watching one episode, based purely on the aesthetic of this poster. I knew that I immediately had to seek this show out.

"The Ren & Stimpy Show" was more than just a cartoon to me, it was a lifestyle. It was the reason I started drawing, the motivation to begin taking art classes, the reason I studied animation in college, and it was the first subject I started writing about when I created this blog. It led to my first paid gig as a writer when I published a cover story for Hogan's Alley Magazine with an oral history of the series. I interviewed everyone who would agree to speak with me, including my hero, series creator John Kricfalusi. When I first caught wind of filmmakers tackling the behind-the-scenes story of the creation of my favorite characters, I absolutely had to speak with them about it.

"Happy Happy, Joy Joy: The Ren & Stimpy Story" is such an important film to me, and in speaking with Ron Cicero and Kimo Easterwood, I made the case for coming on board to help them fulfill their vision as an Executive Producer. They are passionate storytellers who saw the importance of this franchise and the drama of its compelling origin and they have created a unique, once-in-a-lifetime documentary on the making of Nickelodeon's biggest and most important cult hit of all time. It's incredible to see the care and love with which they have crafted this tale, and I cannot wait for fans who grew up loving this show as much as I did to see the result of this movie that has been nearly two years in the making. Below is an interview with producer, Ron Cicero and director, Kimo Easterwood on the most important project I have yet to have the honor of being involved with, "Happy Happy, Joy Joy: The Ren & Stimpy Story"... 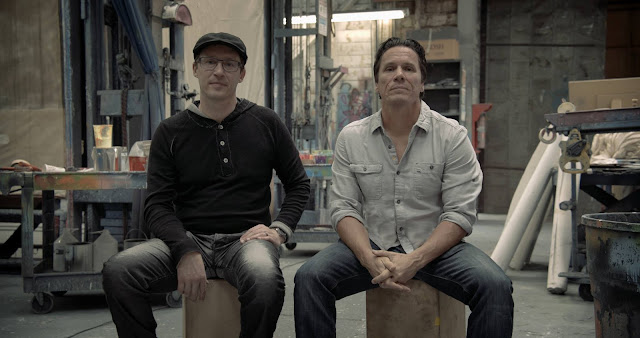 Jason Anders: Where did the idea of making a film about Ren & Stimpy begin?

Kimo Easterwood: The whole thing started when my good friend, fine artist Todd White, said five years ago while I was making short documentary films that I should do a piece on John Kricfalusi and The Ren & Stimpy Show. It was way beyond my capacity at the time because of funding. A little over a year ago, Ron said we should work on something together and asked if I had any ideas for a documentary. Once we started researching John and the show we knew it was something we needed to do.

Ron Cicero: Ren & Stimpy was this really subversive thing that had a huge influence and we wanted to take the opportunity to jump into it and ask "what is this thing and why are we still talking about it twenty-five years later?"

KE: We made a board with a list of people we wanted to interview and of course John K. was the first name we put on there - it turns out he wanted nothing to do with it, so we backed off. We continued discussing the idea and decided that the documentary could work more like a biography in John's absence. We now have forty-five interviews in the film, so if he suddenly decided he'd like to do it we'd have to reconstruct the whole thing.

RC: I don't know John, and can't say for sure, but it's quite possible that we got a better story and full representation of who he is as a human being through the people that were around him than we might have necessarily gotten from just speaking to him. It certainly forced us to go deeper with people to figure out who he was and what was the impact of the show.

Once we got to interviewing Bill Wray it became about more than just John Kricfalusi, it really became a celebration of the artistic achievement of Ren & Stimpy.

JA: What is the origin of your partnership?

KE: I met Ron doing lighting in the film industry in 1991 - we did that for years before he went into producing. I actually grew up in Hawaii where there was nothing going on, honestly. I always loved the movie business, even as a kid. My last job before moving out of Hawaii was usher at a movie theater, which I absolutely loved. I was trying to become a projectionist.

RC: I'm from upstate New York and came to Los Angeles right out of school, just like millions of others. I was such a huge fan of Kimo's photography as well as the short docs he did, I knew we had to work together in a capacity where we were executing our own creative ideas. The whole reason you come out here is to make your own movies. It's a great partnership.

JA: What is it about Ren & Stimpy that stood out to you?

RC: The show was really something special that makes you want to dig in deeper and figure out how the hell it got on the air! Bobby Lee from MADtv said that what really captivated him was that he'd never seen those kinds of emotions expressed - not only in a cartoon but on television in general. There's so many unfamiliar shades of emotion in The Ren & Stimpy Show.

JA: What are your favorite episodes?

RC: The more I watch Stimpy's Fan Club the more I love it. When Ren breaks down and loses his mind it was so ahead of its time. It's so different - there's nothing cute or for kids in it and it's lit in a depressing noir style. What kind of kid is going to be into that?

The story of how Son of Stimpy came about and its music, artwork and the emotional content juxtaposed with what it's really about is just awesome.

JA: What has been the reception of Ren & Stimpy fans?

RC: They're super excited - we've gotten a range of stories, everything from "it was a huge part of my childhood" to "my dad was sick and the only thing that would make him laugh was Ren & Stimpy." Having the constant encouragement from fans of the show has been amazing.

KE: We went to ComicCon and handed out 5,000 Log stickers with our website on it - out of the thousands of people we gave them to, maybe only two had heard of the documentary.

JA: What has been your favorite aspect of making this documentary?

KE: For me the fun has all been in the interviews - you never know who you're going to meet! Just showing up in someone's life who you've never met before and sitting down to a conversation is great. We now have 70 hours worth of footage. We love driving away from an interview just thinking, "Damn, that guy was cool."

RC: Honestly, working with Kimo has been one of the great joys of this process - both because I respect him as an artist and we make great partners. Maybe it's because I've been traumatized by so many shitty partners in the past. Also, you can't not be inspired after meeting so many phenomenally talented men and women.

JA: How would you best describe The Ren & Stimpy Show?

KE: It's two pals who have very opposite personalities trying to make it through life...

RC: A psychotic Chihuahua and a dimwitted cat trying to survive life's obstacles. 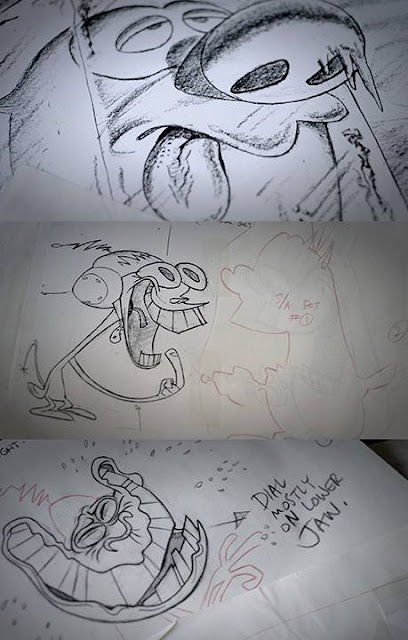 JA: What has been the biggest challenge of making this film?

KE: It's creating something that satisfies both the fans and the person who has never heard this story. We can't just make it fan-centric because you lose an entire audience if you do that, so we are trying to find the balance that makes everyone happy. It's been a ton of work and will be worth the wait.

RC: It's also been an opportunity for the fans to go right to the source. Any time you have something with a cult following you get a huge group of people who are expressing commentary and their perception of what the show is and why it is what it is. It reminds me of film school when a professor tells you the meaning behind specific scenes in a movie and then I talk to the filmmaker and they say, "No, we just did that because we ran out of lights."

I think that now we have, hopefully, gotten to the bottom of it. 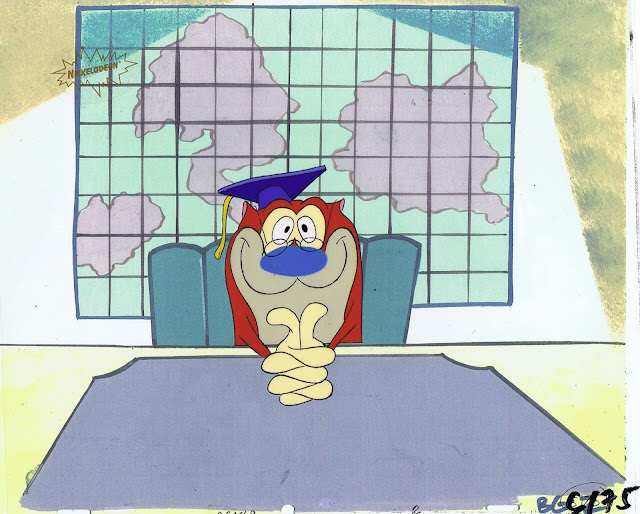