Spotlight on The Great American Opry: Memories from the Rainbow Music Theater

I landed my very first job while still in the fourth grade when I learned how to operate the spotlight at the Rainbow Music Theater for Gary McSpadden's The Great American Opry, a musical variety show in Pigeon Forge, Tennessee - for which my dad was the music director. My mom and sister worked there, too. Maybe "worked" isn't the right word - we basically lived there. It was a magical place, one that I still find myself revisiting in daydreams when I need an escape to the happiest, simplest time in my life. I later fell in love with Robert Altman's whimsical 2006 film, A Prairie Home Companion, it being a fantasy about the final performance of a variety show. Its heavy dose of nostalgia for shows like the Opry obviously resonated deeply with me. In the film, Tommy Lee Jones plays Axeman, who represents the investors who bought the theater and plan to tear it down, dryly stating to Virginia Madsen's character, "It would've been great in its time, but the time's up. Life moves on."
The Rainbow Music Theater was where I first found my passion for performing, working behind-the-scenes, and for live music. The featured musicians - Gary McSpadden, Lori Mullinax, Kim Kobeck, Rick Ball (who commissioned me to paint the Opry's logo on his bass drum), Ronnie Chauvin, Les Marple (and more) were all literal rock stars in my eyes. And then there was my dad, belting from behind his keyboard, bringing down the house every single night with his superhuman musical talent (which I absolutely did not inherit.) I also found my love for performing comedy, as I absorbed the wild energy of Chan Mullinax's manic portrayal Bubba the Redneck Ranger, a character known for constantly interrupting the proceedings with his irreverent humor. Chan brought a Peter Sellers-esque brilliance to a role that a lesser actor would have let fall flat with generic buffoonery. Chan's portrayal of this goofy Smoky Mountain menace was otherworldly - which is why his character continues to thrive to this day as part of the Country Tonite Theatre. The first jokes I ever told publicly in middle school were stolen, verbatim, from him.
I recently discovered an eBay account selling the original (and remarkably sealed) cassette tape recordings of the show, and as a result edited together the audio of the main performance with the Christmas Spectacular. This journey down memory lane has transported me directly back to the balcony of the Opry, behind the heat of the spotlight's bulb, where I frantically pushed and pulled the instrument in an effort to keep up with every beat of each performer. While the sound quality of my upload isn't top notch, the show remains as great as it was in the early 90s. I am proud to have played some small part of it, and proud to say that Eddie Anders is my dad - a small-town celebrity who played an integral part in transforming Pigeon Forge, Tennessee into an entertainment capital through his work across several theaters, including his very own dinner theatre - Eddie's Heart & Soul Cafe. 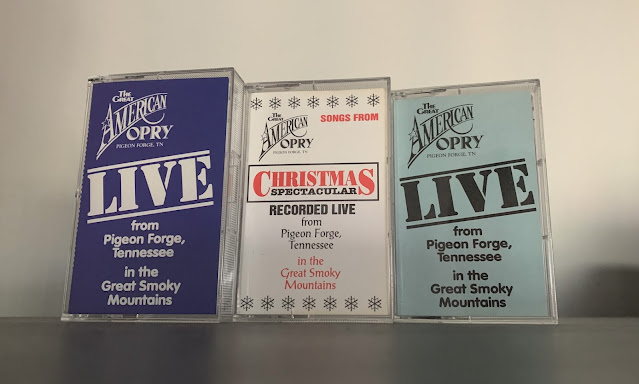 Below is an edited excerpt from my dad's incredible 2017 book, Waking Up Dead, in which he recounts the origins of the show...
"Gary McSpadden graciously extended the invitation in 1991 for me to become his music director, keyboard player, and featured vocalist in the show he was introducing in Pigeon Forge, resulting in our relocation from the Rocky Mountains of Colorado to the Smoky Mountains of East Tennessee. The Smokies would be home for a long time to come.
Over the next two years, each member of our family were all involved in The Great American Opry. Nancy was active in the operations of Gary's tour company, booking bus tour groups into our show and area hotels; Jason assisted in the lighting production, and Lindsay took her place on stage as our featured dancer.
Our home theatre was a very boutique venue, seating just over two hundred people, proving to be one of the most positive aspects of our presentations. The intimate setting meant audience members were up close and personally interactive with the performers during each show. Being the consummate professional, Gary's stage presence and heartwarming style of hosting gave us a distinct advantage in winning over a crowd and obtaining a loyal following in the market. At the time of our arrival, there were only five other theaters in Sevier County, all very organic, home-grown, and relatively small in scale. All of these shows gained loyal followings over the years in a market not really known as an entertainment destination. 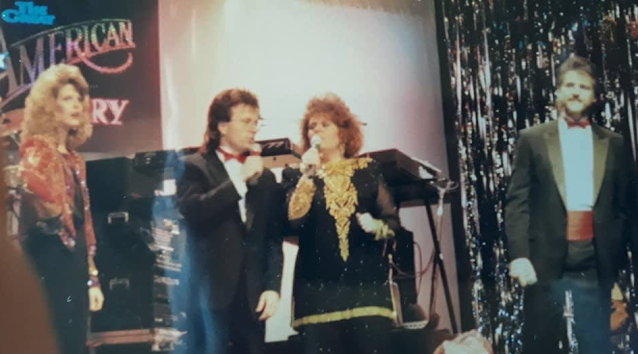 I found myself to be an intrinsic component of innovation as The Great American Opry dared to challenge the long-held traditions of the seasonal show calendar. Maybe we were naive and foolishly optimistic, but it seemed the obvious was being ignored. Thousands of people were actively pursuing ways to be entertained at any given time, even during the "off-season." We made the decision to keep the lights on and the Opry open for business as "the only show in town," an overture people responded to with astounding joy. The tourists, as well as the locals, bought tickets as never before and we enjoyed our greatest success to date. Being the first to introduce a long-run Christmas show in Pigeon Forge facilitated our becoming an instant hit.
Our first "New Year's Eve in the Smokies" resulted in three sold-out performances in one evening. A small upstart cast, housed in a tiny two-hundred seat boutique theatre, shifted an entire paradigm for the Smoky Mountain region, resulting in an insurgency of commerce and economic growth unlike any time in its history. Even if on a relatively small scale, our success had helped to awaken a sleepy giant. 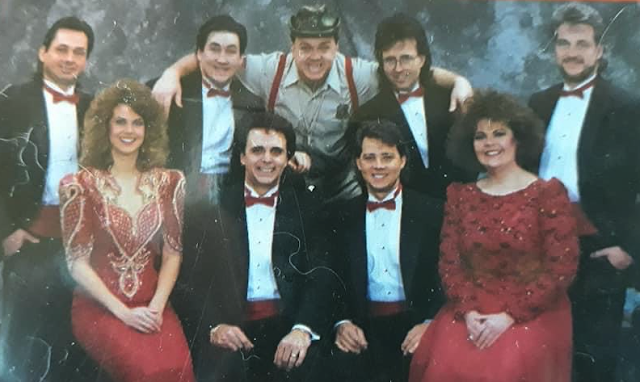 Within two years, the newly formulated "Winter Celebration" had transformed Sevier County into a solid ten-month entertainment destination. By 1994, the aforementioned acre lot on the identical segment of highway frontage would easily yield in excess of one million dollars. As the big money began to roll in and competition swiftly escalated to capture the richest pieces of the newly discovered pie, Gary McSpadden's enthusiasm began to wane. It is one thing to operate a quaint theatre in a sleepy little town where entertainment options are minimal - it is an entirely different proposition when the neighborhood becomes home to multimillion dollar productions housed in state-of-the-art theaters, featuring marquee names and a multitude of talent from across America.
With the area poised to make a run at becoming another Branson, Gary concluded competing against corporations with extremely deep pockets was not something in which he wished to engage. Soon, he would close the show and make his way back to Nashville. A couple of the most loyal fans of our show were landowners on the Parkway, three acres of which they had proposed to roll into a partnership deal with Gary for the construction of a new home for The Great American Opry. He graciously - yet immediately - turned down their offer." - Eddie Anders (2017)
THE GREAT AMERICAN OPRY - FULL PERFORMANCE: YouTube.com/Opry
Newer Post Older Post Home